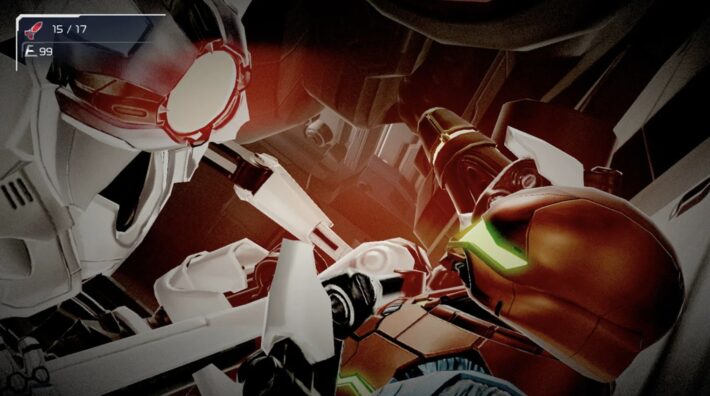 Metroid Dread is coming to the Nintendo Switch in more ways than one, as a Super Smash Bros Ultimate Spirit Board event inspired by it is on the way. On October 8, 2021, three new Spirits inspired by the game will appear in the fighting game. Folks can head to the Spirit Board to fight for them.

Here is the official art for the event. Note that it does highlight all three of the new Metroid Dread Spirits for Super Smash Bros Ultimate. One of them could be considered something of a spoiler. 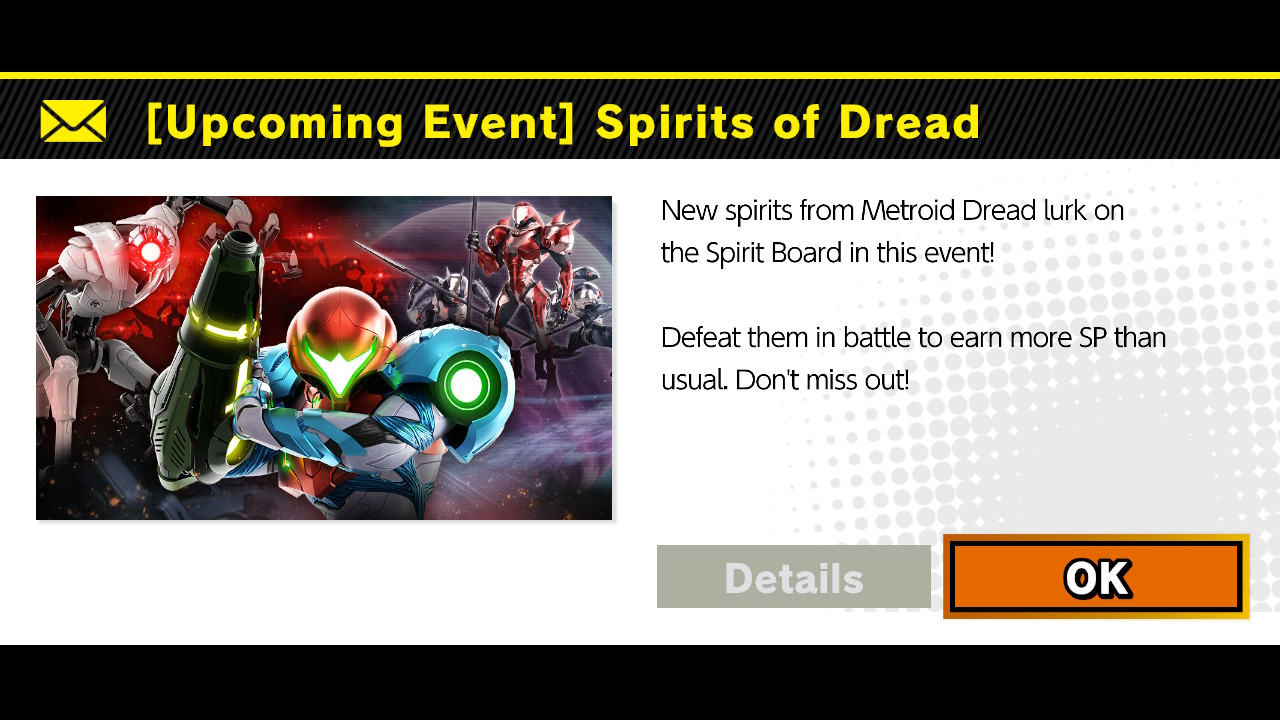 As for the names of the three Spirits that will appear, they are Samus (Metroid Dread), E.M.M.I., and Chozo Soldier. The announcement didn’t announce their types, rarities, or other properties.

New Super Smash Bros. Ultimate updates are drawing to a close. In October 2021, Sora will appear as the last DLC fighter and Doom Slayer will be one of the last Mii Fighter costumes. It is unknown if this means we’ll see new Spirit additions stop appearing too. Prior to this Metroid Dread event, ones were added for No More Heroes 3.