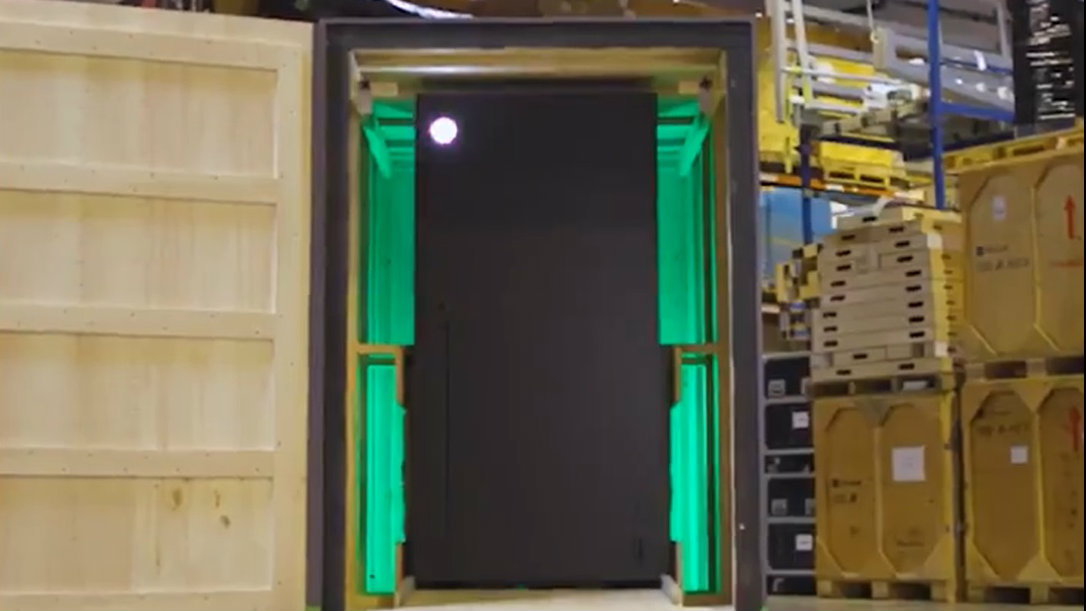 When the Xbox Series X debuted at The Game Awards 2019, everyone joked that it looked like a fridge. It became a meme. Well, Microsoft is running with it. It announced a contest to win an Xbox Series X fridge. Between October 28, 2020 and November 4, 2020, people can follow and retweet the official Xbox Twitter account to have a chance at bringing the fridge home.

From the outside, the Xbox Series X fridge looks exactly like the black Xbox Series X. It has the same grating on the top with green inserts. There’s a white Xbox logo light in the upper left corner. The handle looks like a disc drive. Instead of a normal white light inside, there’s a green one. It comes in a box that looks like the system’s box. It even has a value of $499, which is how much an Xbox Series X costs.

There’s even a 4K trailer showing it off. An actual Xbox Series X is provided for scale, appearing first inside of it, then later next to it.

We actually had some idea this was coming. Snoop Dogg is involved with the marketing for it. Ahead of the reveal, he had posted a video of it on Instagram on his birthday in a now-deleted tweet. Wario64 has a copy of it in a tweet below.

Now, the SnoopDoggTV YouTube channel has a better video of him investigating the fridge. You can even see a life-size Xbox Series X-themed birthday cake inside of it.