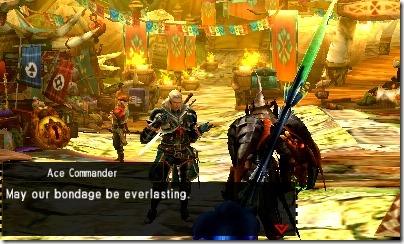 It’s been a little over two months since Monster Hunter 4 Ultimate’s release in the West, and Siliconera got in touch with series director Kaname Fujioka and producer Ryozo Tsujimoto to ask a few questions about the nitty-gritty of the game. They talk about drop rates, how the Tetsuya Nomura collaboration came about, the least used weapons, and more. Read on for their answers.

A lot of people—including some in my hunting party—feel like the drop rates for items in 4U are more generous than the Japanese release and previous games as well. Can you confirm if this is true, and what sort of changes you’ve made? Rare drops seem a little less frustrating to acquire than in Monster Hunter 3 Ultimate, and in a good way.

Kaname Fujioka, executive director: We did not make any adjustments related to item drops such as drop rates from MH4G (Japanese sku) to MH4U (Western sku).  However every time we develop a new title, we usually implement various changes and additions to the previous title’s game mechanics such as reward systems and armors (Charm, Relic, etc.) such as for MH4U in comparison to ones from MH3U.  Based on the changes and additions that we have made, we also did adjust drop rate for items.

Tetsuya Nomura designed an armour set for this game. How did that happen, and did you ask him to base the design off anything in particular? Tell us a little more about the Nomura armour and its origins.

Ryozo Tsujimoto, executive producer: When I had dinner with Mr. Hashimoto from Square Enix, we talked up a storm and it resulted in a collaboration with Mr. Tetsuya Nomura coming to life. Mr. Nomura is a creator that I really respect and I’d heard that he also had been playing the Monster Hunter series, so I was very much looking forward to this collaboration myself as well.

KF: I had been informed of this Square Enix collaboration toward the end of the development. At that time, the development was so close to the end that we were sort of giving up implementing his design in the game as everyone knows that Mr. Nomura is one of the busiest people in this industry.  However he kindly delivered this demonic and stylish design in time for our development schedule. I was very thankful for his contribution as his design is very unique and distinguished from Monster Hunter’s designs, in a good way.  His armor’s base color was black so we’ve added kind of a metal texture to create a gleaming black which enhances its dark nuance. His weapon design had a face motif and was coquettish so we’ve enhanced the SFX with a mysterious voice sound. We were able to come up with such interesting ideas thanks to Mr. Nomura’s fantastic designs. 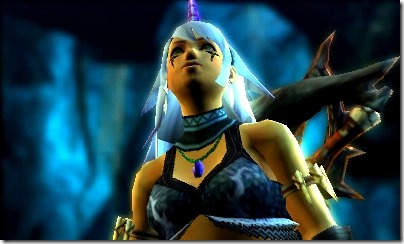 What other changes have you made from 4G in Japan, in terms of game mechanics? Has there been any altering of difficulty or tuning to weapons in the West that’s different from the Japanese release?

KF: Essentially, the Western sku (MH4U) is the same as the Japanese sku (MH4G) in terms of difficulty or tuning for weapons. However, we wanted to help western users play Monster Hunter at the very beginning so we’ve included some consumables such as potions to the initial item box, and your own Item Sets also already have several items which are easier to use at an earlier stage.

Monster Hunter 4 Ultimate has a lot more 2-in-1 skills like Edgemaster, Edge Lore, and so on. Some of these skills almost seem a little too powerful and make the single-effect skills seem inferior in comparison. We’re seeing people craft entire armour sets based around the 2-in-1 skills and it feels like a lot of the other skills in the game are being ignored as a result. Do you think you’re going to have to slow down with the 2-in-1 skills in future games to avoid this problem, or do you foresee a different solution?

KF: This time, I’ve set the 2-in-1 skills stronger than single-effect skills intentionally. “Skill” is a very important element for players in action games.  During the course of progress players will make from Low rank, High rank, and then to G rank, once they obtain the skill very convenient for them to use, I see cases where players are hesitant to change their armor sets even though they may not have enough defense. Especially when they become G-rank, I’d like players to change their armor sets to the one more suitable for G-rank quests. My intention was to lessen this hesitation players may have when they need to upgrade their armor sets at this latter stage. 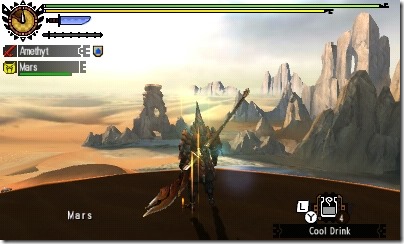 Everyone seems to agree that the Long Sword has been nerfed. Is there a solution to this?

KF: I had been feeling that the game mechanics became too monotonous once you see the red Spirit Gauge for Long Sword in previous MH titles so we’ve made changes in Monster Hunter 4 Ultimate.  The objective is how well you can turn the Sprit Gauge to red by periodically noticing its color.  In terms of action, it’s important to think about where your other teammates are. As you said, Long Sword might affect your teammates’ gameplay so it’s necessary to think about where you position yourself, but I still think this weapon has enough firepower even with its unique action characteristics.

As a Light Bowgun user, I often find myself completely ignoring any Bowgun that doesn’t include a rapidfire ability for at least one of the standard damaging shots in the game (Normal, Pierce, and maybe Clust/Pellet). As a result I end up not using a lot of the LBGs that you’ve created and stick with the few that offer the rapidfire capability. Do you think in the future it would just be better to have all Light Bowguns be capable of rapidfiring at least one of the standard shot types?

KF: With regard to rapidfire ability, I think it is important to see how it also affects recoil in addition to the cost and firepower. In that respect, I think it goes well with Pierce and elemental shots.  In particular, I think elemental shots will provide you an option to choose from a variety of Bowguns as it’s necessary to change the shot depending on each monster. Or if you’d like an instantaneous explosive, I’d recommend Crag S. 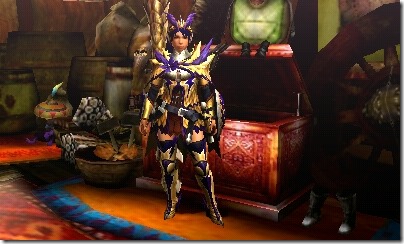 In your experience, what is the least used Monster Hunter weapon? Did you make any significant changes to this weapon type in the MH4 series, and if so, do you think it attracted more people to it?

KF: I think each weapon has its own appeal to various players’ gameplay taste, but we can say that more people tend to choose weapons which tend to have more powerful offense and less people choose the supportive Hunting Horn, or the Bowgun, which requires damage and shot management.

For Hunting Horn, we’ve added a “Flourish” attack which enables players to attack while providing support to their teammates by continuously playing the tunes. For Bowgun, we’ve prepared controls similar to the shooter genre, and being able to load shots via the evading action (this one is specifically for the Seregios weapon). Especially for the latter automatic loading, I think players can enjoy a new kind of game experience you’ve never had with the Bowgun. 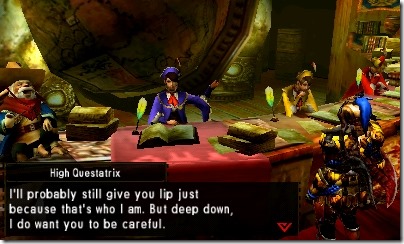 Why is not possible to change your equipment while in the Gathering Hall?

KF: Monster Hunter players are equipped with a lot of features such as armor parts, weapons and items. In order to access the equipment box, which contains a ton of information, it is necessary to read various kinds of data. The Gathering Hall is also a place multiple players visit. So considering the communication environment which affects response amongst players to exchange information, that’s why we’ve implemented it that way.

Expeditions and Guild Quests are a popular new feature. I think a lot of us recognized they would add to the longevity of the game even before we’d gotten our hands on it. We’ve talked about them once before, but can you say what sort of user feedback you’ve been seeing about Expeditions and how it’s going to influence their design in future games?

KF: In previous Monster Hunter titles, we’ve had quests which require a challenge with the final set of armor players earned in the game.  At that point, we could only provide players existing items or materials as the reward and could not provide any additional elements rather than simple replay value.  Therefore, we thought about implementing a type of “Guild Quest” which might reward consumers better under the condition that quests become more and more difficult.  We also expect that it will facilitate broader communication amongst users, especially as they are exchanged with others and feature randomly selected combination of fields and monsters.  I’d like to see if we can further broaden the horizon of gameplay with interactions amongst players in the future as well. 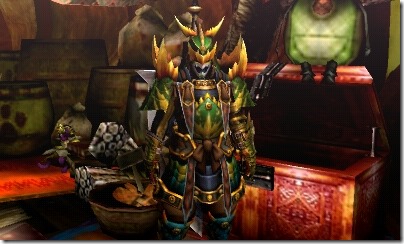 Every Monster Hunter game has offered more and more ways to customize your character, but even now, you still need to make that hard decision between armour that you like visually and armour that you like for its stats. Is there no way to allow a little more flexibility or balance between your looks and your stats?

KF: “Restrictions in freedom” is one of my game design philosophies.  Game mechanics are less likely born if there is truly freedom. Through the restrictions that exist in freedom, I believe we are blessed by player’s thoughts and game mechanics. And more importantly, the number of choices you can make in this circumstance plays a big role. For example, I’m talking about the color swap choice of your armor sets and custom skills such as “Decorations” and “Charms”.

Where there is a restriction of balancing your look of armor sets and stats, each player will have their own “taste” and thus facilitate communication through feelings such as “aspiration” and “pride.” I do not know yet how these elements will develop amongst players moving forward, but I’d like to keep my attention to these elements of communication.