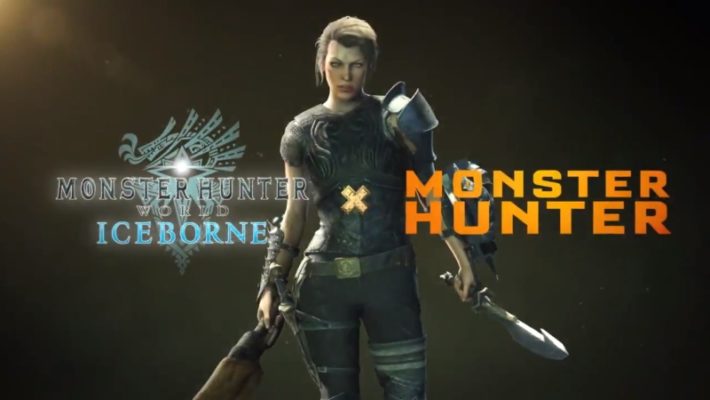 The event was announced by Capcom via a tweet on the official Monster Hunter account. The tweet included a teaser trailer showing Artemis, Jovovich’s character, arriving in the New World and showing off her skills with her preferred weapon, the Dual Blades:

The #MonsterHunterMovie (@Monster_Hunter) crossover comes to #Iceborne on Dec 4th! Travel to the New World and play as Artemis (voiced by @MillaJovovich) in two special quests with unique rewards! https://t.co/9VQUnQcraJ pic.twitter.com/C7CToFYGmG

The Monster Hunter World: Iceborne event will consist of two special quests featuring Artemis (who will be voiced by Jovovich herself). The quests will have unique rewards, most likely versions of the gear and weapons used by Artemis in the film. While this might be the first time Monster Hunter: World has crossed over with itself, this isn’t the first collaboration event for the game. Over the years Monster Hunter World has run crossovers with brands like Horizon: Zero Dawn, the Resident Evil 2 Remake, Final Fantasy XIV, Street Fighter V, Devil May Cry, The Witcher, and even Assassin’s Creed.

In addition to Jovovich as Captain Artemis, the Monster Hunter film stars TI Harris, Meagan Good, and Diego Boneta as fellow soldiers, marooned after being transported to the world of Monster Hunter from ours. Thai action star Tony Jaa will play the Hunter, and Ron Perlman plays the Admiral. The Hunter’s skills will enable Artemis and her team to help confront a threat so great it could destroy the world.