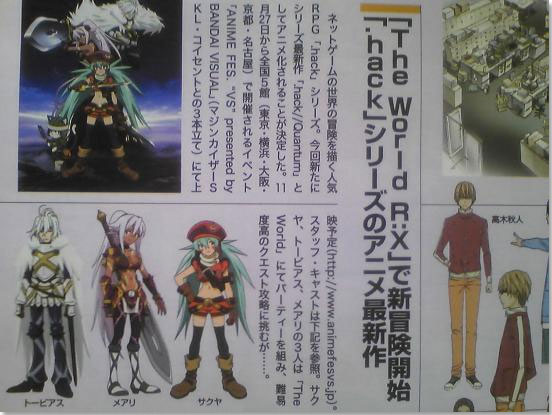 At last year’s Tokyo Game Show, Bandai announced that .hack//Link would be followed up by a related CG anime production. .hack//Quantum may or may not be that project.

The new anime, set to be revealed by the September issue of Kadokawa Shoten’s Newtype magazine, takes place in the same version of the World as .hack//Link — The World R:X. Quantum stars Tobias, Mary and Sakuya (left-to-right in the image), all three of which sport avatars that look like stylized versions of previous .hack characters.

.hack//Quantum, as reported by Anime News Network, will be shown off at a Namco Bandai event spanning five cities in Japan this November.