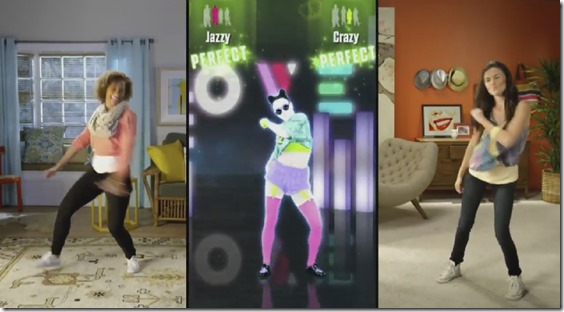 Just Dance 2015 is coming this October, Ubisoft announced at their E3 press conference this afternoon—but that wasn’t the big news at Ubisoft’s conference.

If you don’t own a console, can download an app on your smartphone, Just Dance Now, which will allow your phone to connect to your television screen, and the game will be streamed to you.

You’ll use your smartphone’s accelerometer as a controller, apparently in a similar fashion to the Wii Remote. Ubisoft said that anyone with a smartphone will be able to join you.

Meanwhile, Just Dance 2015 will also be released for Xbox 360, Xbox One, PlayStation 3, PlayStation 4 and Wii U.