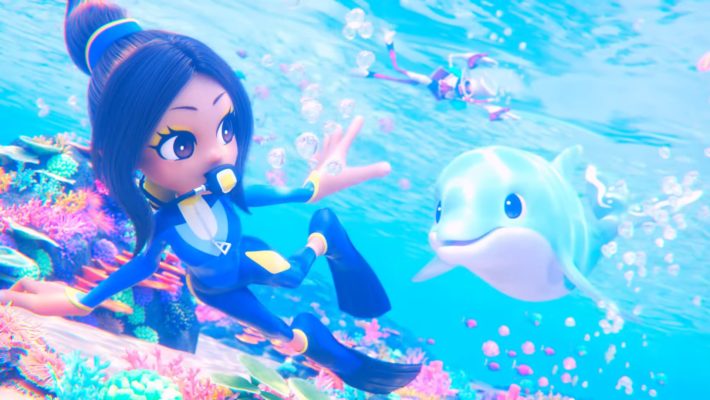 When building up Balan Wonderworld, Square Enix has taken care to be very visual about it. Lots of different screenshots and videos showed up to introduce people to a bright, colorful, and fanciful world. Some of the most recent ones help give an idea of the stories we’ll see, and the two latest Balan Wonderworld trailers focus on characters who will feature prominently in the second and third chapters.

The second chapter’s trailer stars Fiona. She’s a diver who loves dolphins, and we get to see her frolicking with one of them for the first half of the video. However, as past Balan Wonderworld trailers have shown, dark influences can take things people love and consider safe and twist them.

The other new video stars Yuri. She loves bugs and cares for a number of them. However, people around her don’t share her same enthusiasm. Their reactions seem to prompt a darker sort of response, and we get a hint at what the third chapter of Balan Wonderworld will be like.

As a reminder, the first one of this line of Balan Wonderworld trailers starred Jose. He’s a farmer who will be featured in the first chapter. However, inclement weather looks like it will destroy everything he’s worked for.

Balan Wonderworld will come to the Nintendo Switch, PlayStation 4, PlayStation 5, Xbox One, Xbox Series X, and PC on March 26, 2021.