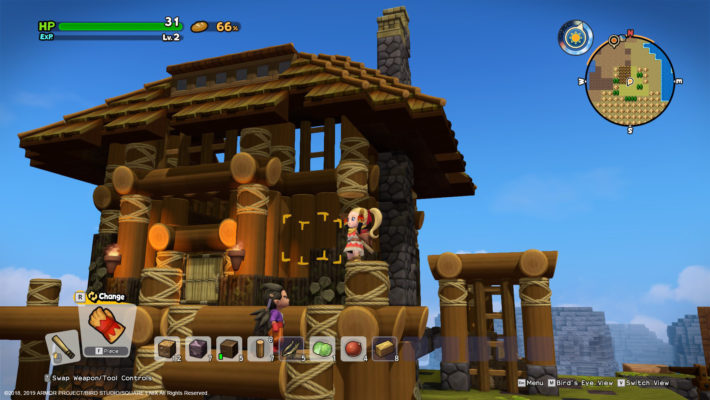 People who have been excited about the Dragon Quest Builders 2 PC port will need to take some time to visit Steam as soon as possible. Square Enix has released a demo for the game ahead of its launch. Even better, this is the expanded version of the trial known as the Jumbo Demo.

The Jumbo Demo is the updated trial that lets people sample the whole first part of Dragon Quest Builders 2. It first showed up on the Nintendo Switch and PlayStation 4 back in the beginning of November 2019. Rather than only allowing people to experience a tutorial and play around on the Isle of Awakenings, this one hops right into the story and sends you to Furrowfield, the first island in the campaign. Once there, you can start making strides to help the farmers there and do the bidding of a Magus named Pastor Al. Another perk is the ability to take the save file from this Dragon Quest Builders 2 PC demo and carry it over to the full version of the game.

Dragon Quest Builders 2 will come to the PC on December 10, 2019. It is immediately available on the Nintendo Switch and PlayStation 4.