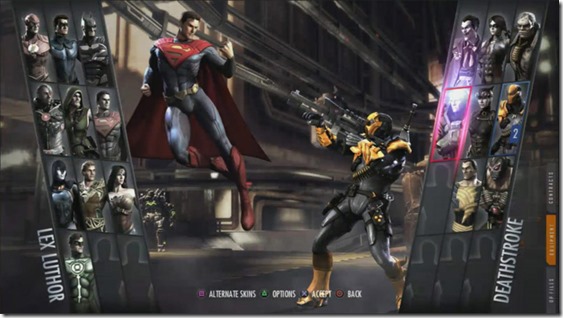 Martian Manhunter is coming to Injustice: Gods Among Us as the next DLC character, but he won’t be the last. NetherRealm Studios founder Ed Boon says there’s more to come.

On Twitter, Boon replied to an inquiring fan, “No he is not the last.” Then, in a reply to another fan, Boon tweeted, “Next one is a BIG fan favorite request !!”

Time to begin guessing again! In the meantime, Martian Manhunter will be available on July 30th for $4.99.