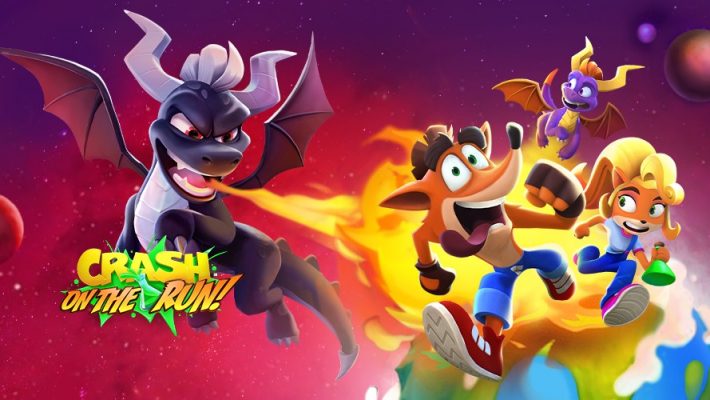 Spyro, Dark Spyro, and Gnasty Gnorc are all coming to Crash Bandicoot: On the Run on June 10, 2021. The characters will be a part of the Season 3 storyline and event. Battle of the Dragons will added the two enemies as bosses and take people Upstream.

In this season, part of the goal is to help Spyro fix a Dragon Realm portal. After it broke, Dark Spyro and Gnasty Gnorc got in. They’re hanging around the Upstream area, alongside bosses like Koala Kong and N. Gin. As people go through the new areas, they’ll get a chance to earned themed looks for Crash and restore the gate. One skin matches Dark Spyro’s color scheme, while the other makes him look like the original Spyro.

Here’s the trailer, which shows off the Crash Bandicoot: On the Run Spyro the Dragon crossover and Dark Spyro boss. It also looks at Crash’s themed skins. It also gives an idea of what the new location looks like in-game.

This is the second recent crossover for Crash Bandicoot: On the Run. Back in May 2021, a Domino’s event came up. The Noid appeared as a mini-boss. Which meant Crash had to avoid the Noid’s attacks.

Crash Bandicoot: On the Run is available for Android and Apple iOS devices.