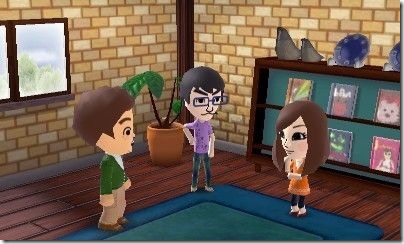 Speaking with the MTV Multiplayer blog, Nintendo of America president Reggie Fils-Aime says that the company is considering bringing their Nintendo 3DS title Tomodachi Collection: New Life to the U.S.

Fils-Aime made the following comment in reply to MTV asking whether or not more Nintendo 3DS games would encourage players to check in everyday, the way the recently released Animal Crossing: New Leaf does:

“Certainly. You’re absolutely correct, that “Animal Crossing” is the type of game that you want to play certainly every day, and there are benefits to having the digital version right there on your hardware. I have to say, personally, I don’t find it a huge inconvenience to be swapping out my game cards. There are other games, “Tomodachi Collection” in Japan, which is something that we are looking hard at for our market, that’s another one that benefits from those short bursts of play, on a day-in, day-out basis.”

Tomodachi Collection: New Life is a life-simulation game that makes use of Miis, and allows them to live out their lives in an apartment complex and interact with one another. The game has not been announced for release in the West yet.