Another interesting little tidbit from the world of Dragon Quest IX — apparently, Nintendo are still promoting the game in full force in North America. This past week, they held a girls-only Halloween slumber party where the young ladies in attendance got to try the game out. 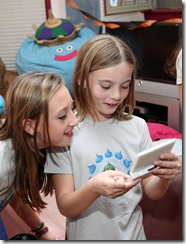 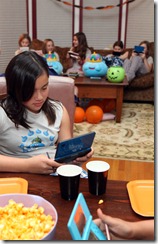 Dragon Quest IX’s customization options are thought to be one of the reasons for the game’s female appeal, according to its creators. Earlier in the year, Nintendo held a Tag Mode tour for the game across a variety of locations, including Best Buy and Gamestop stores, and various shopping malls across the U.S.

Similar Tag Mode events were also held in Europe, which have been generally successful.