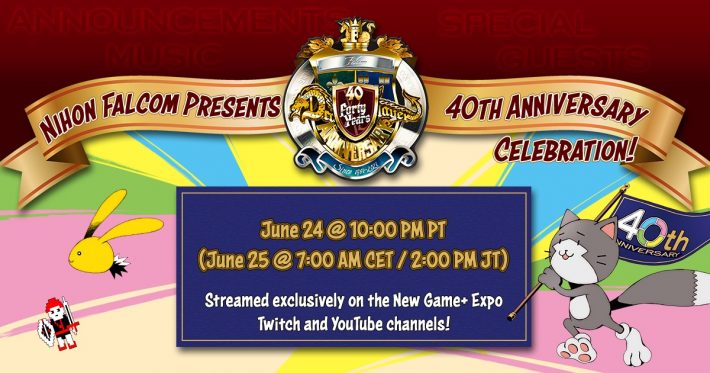 People will have a chance to learn about new Nihon Falcom announcements. However, they might have to stay up late for it, depending on where they live. NIS America announced a Nihon Falcom 40th anniversary stream. The event will be held at 10pm PT on June 24, 2021 and 1am ET/7am CET/2pm JT on June 25, 2021. People will be able to watch it on Twitch and YouTube.

The announcement also included some details about what to expect from the presentation. Nihon Falcom Toshihiro Kondo will appear to make a statement. There will be some announcements, though it wasn’t mentioned which games, if any, could be involved. Falcom jdk Band will also play some songs from the company’s games.

The next Nihon Falcom game in the NIS America pipeline is the ports of Ys IX. It is coming to systems like the Nintendo Switch in July 2021. Ahead of its debut, it released a Switch demo during E3 2021.