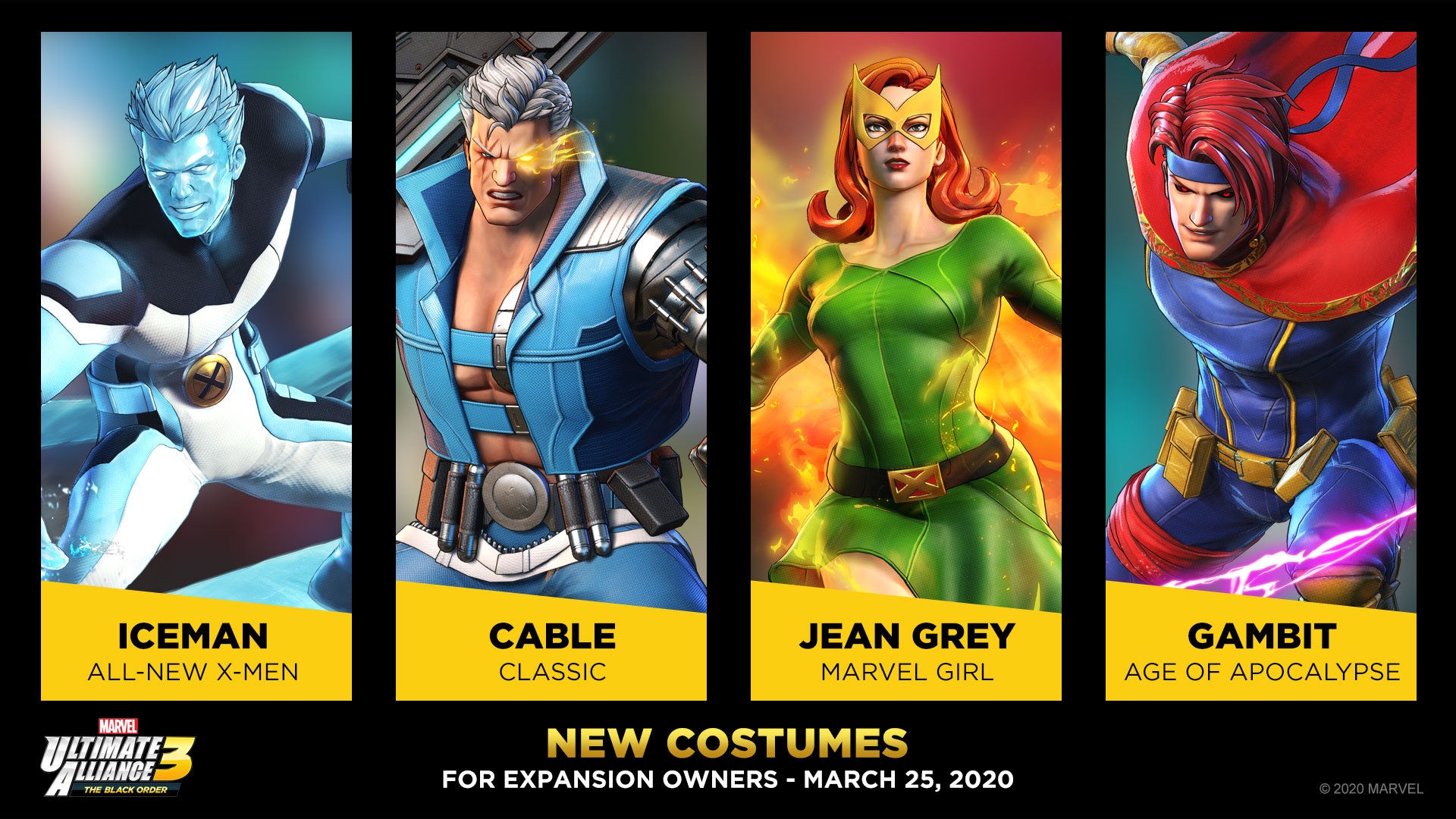 The last Marvel Ultimate Alliance 3 DLC is about to drop. Shadow of Doom is going to debut on March 26, 2020. But the new Fantastic Four adventure isn’t the only bit of extra content coming. New outfits are too. While the X-Men costumes will only be available if you buy the $19.99 expansion pass, the Guardians of the Galaxy costumes will be for everyone.

First, there are only going to be four X-Men outfits included with the Marvel Ultimate Alliance 3 DLC update. The official Marvel Twitter account revealed they’ll appear on March 25, 2020. Cable gets a Classic costume based on his original look, Gambit looks like he did in the Age of Apocalypse storyline, Iceman wears an All-New X-Men costume. Jean Grey goes back to being Marvel Girl.

There are actually more free Guardians of the Galaxy costumes available. Five will show up on March 25, 2020 for everyone. Drax gets a Thanos Imperitive outfit. Gamora gets a Conquest suit, as do Rocket & Groot and Star-Lord. Thanos has an Annihilation costume.

As a reminder, these aren’t the only costumes coming alongside the next Marvel Ultimate Alliance 3 DLC update. A round of The Defenders costumes will show up too. These five will also be free.

Marvel Ultimate Alliance 3 is available for the Nintendo Switch. To get all the add-ons, you need to buy the full expansion pass.