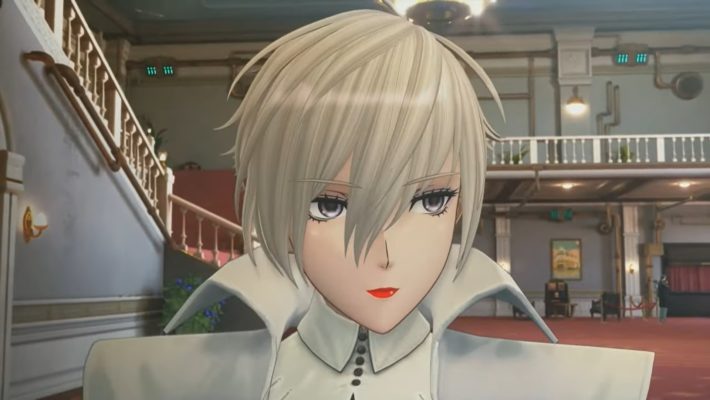 The Project Sakura Wars November 20, 2019 livestream revealed a new character with a look that might seem familiar, even though she’s entirely new. That’s because Shigenori Soejima, who worked as a character designer for Persona 3, 4, and 5, designed her. Project Sakura Wars’ Hakushu Murasame is his contribution to the game.

Murasame received a little attention during the Project Sakura Wars presentation, as we saw her talking with her student, Sakura Amamiya, and Seijuro Kamiyama. She’s competent, composed, and cool throughout her video, though she also has a bit of an odd sense of humor and likes puns.

Murasame’s voice actress is Miyuki Sawashiro, who has a Persona connection of her own. She is the voice of Elizabeth, the Velvet Room attendant who made her debut in Persona 3. She also played Isabeau in Shin Megami Tensei IV: Apocalypse, Arenea in Final Fantasy XV, and Ivy in Soulcalibur V and VI.

The full Project Sakura Wars stream is about two hours long. Soejima’s Murasame makes her debut at the 39:13 mark. Though, if you watch the whole thing, you’ll also see the new other new characters. Sakura’s father and mother, Tekkan and Hinata, show up. So do Azami Mochizuki’s teacher, Yattansai Mochizuki and an enemy named Oboro.

The new Project Sakura Wars livestream also confirmed that people will be able to replay past battles in a simulator, with different bromide rewards and characters, and use a Smartron phone to keep track of characters and play a Sekai Koi-Koi Taisen card game.

Project Sakura Wars will appear on the PlayStation 4 in Japan on December 12, 2019. It will be released in North America and Europe in Spring 2020. In case you missed it, you can see some character concept art showing other designs for important people.

Update: A separate video featuring Hakushu Murasame, as well as some other characters designed by Noizi Ito and Ken Sugimori has been released below: