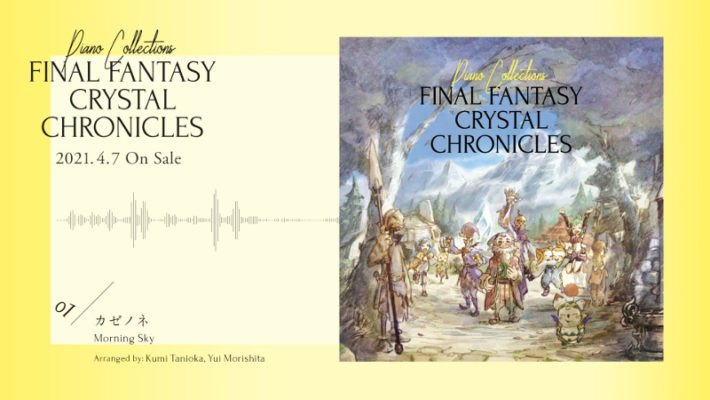 Square Enix has revealed the full tracklist of Piano Collections Final Fantasy Crystal Chronicles. It also published a preview trailer that gives a preview to all ten tracks included in the FFCC arrangement album. [Thanks, Game Watch!]

During the initial reveal in January 2021, Square Enix only revealed seven out of the ten songs featured in the Piano Collections album. The company has now confirmed that the remaining three songs are “New Beginnings,” “Eternal Blue,” and a medley of the final boss themes. The full tracklist for the upcoming Crystal Chronicles album is as follows:

Square Enix will release Piano Collections Final Fantasy Crystal Chronicles in Japan on April 7, 2021. The album is also available for pre-order from the North American Square Enix Store with a price tag of $29.99. While most Japanese pre-orders will come with a memo pad, it is currently unknown if North American purchases will also come with the bonus item or not.

Piano Collections Final Fantasy Crystal Chronicles contains arrangements of tracks from the original FFCC title for Nintendo GameCube. A remaster of the game is immediately available on Nintendo Switch, PlayStation 4, Android, and iOS.