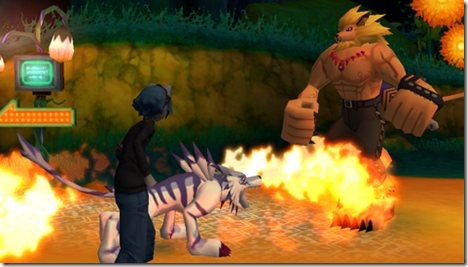 Unlike the previous Digimon World games, the prologue to Digimon World Re:Digitize will be completely in anime form. The prologue will be animated by Tokyo Animation and will be about how and why the children set off to the Digital World.

In addition to this information, two new Digimon have been revealed and described in detail. Neither are new to Digimon fans, though. 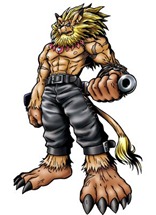 Leomon is an Ultimate-level beast man Digimon who has been called a hero by many. Though most Digimon are wild and violent, he has a strong will and a heart of justice, and he’s defeated many evil Digimon in the past. Ogremon, who is a “Digimon Hunter” that lives off destruction, is his rival.

(Yes, usually Leomon is Champion-level, but in this game, he seems to have leveled up.) 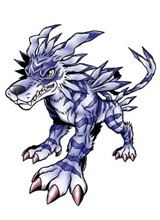 Garurumon is a Champion-level beast Digimon who looks like a wolf. He’s covered in silver-blue fur that is said to be as hard as the legendary metal, Mythril, and the blades that sprout from his shoulder blades are like knives. (This description may sound familiar to anime fans.)

It is unclear whether these two will also be characters. You’ll definitely be able to raise them, though.

As previously reported, you can raise Digimon using the gym. In fact, if you don’t use the gym, you’re at a heavy disadvantage. The gym is located in the Town of Beginnings, where you start off the game. Like in Digimon World 1, there are two types of training—Normal training and Bonus training. 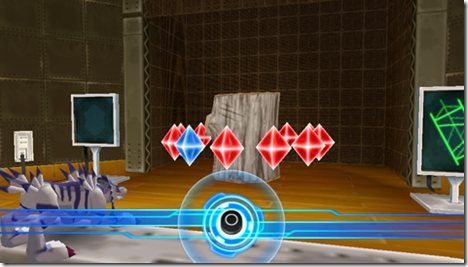 “Log Breaking” increases Attack. The minigame revolves around pressing a button at the correct time. 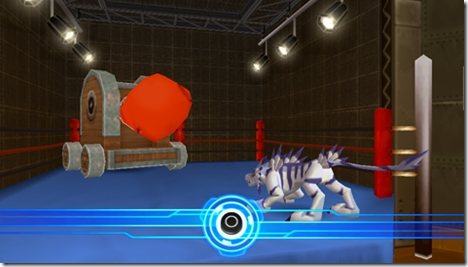 “Block the Punch” increases Defense. The minigame involves guarding right when the punches hit your Digimon. 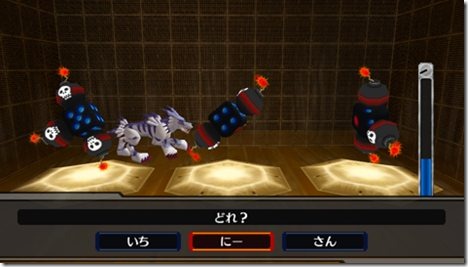 “Which is the Same?” increases MP. The minigame works on your observation skills since you’ll have to choose the dice that has the markings in the same place as another one. 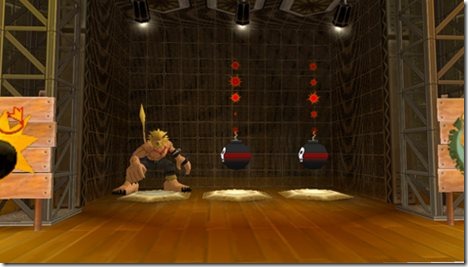 “Dodge the Bombs” increases speed. In the minigame, you can make your Digimon move left or right to avoid the bombs. 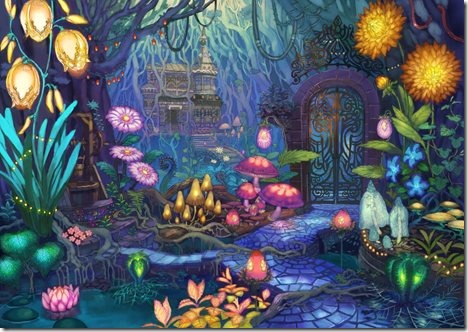 Two new areas have been released as well. Fluorescent Cavern is filled with fluorescent plants and shrubbery, which light up the caverns in place of light bulbs. The cave walls are covered with the roots of a large plant. 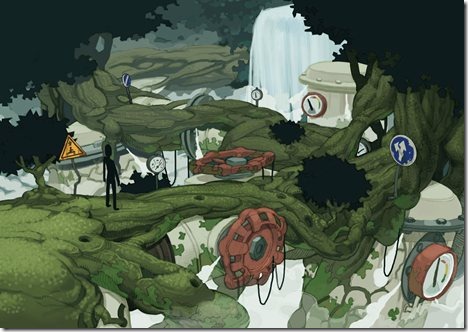 Signpost Forest is a mysterious forest that’s grown on top of steam pipes. Road signs stick out of the ground like they’re part of the flora, and the whole place is filled with clouds of steam. This place’s name may seem familiar to season 1 anime fans.