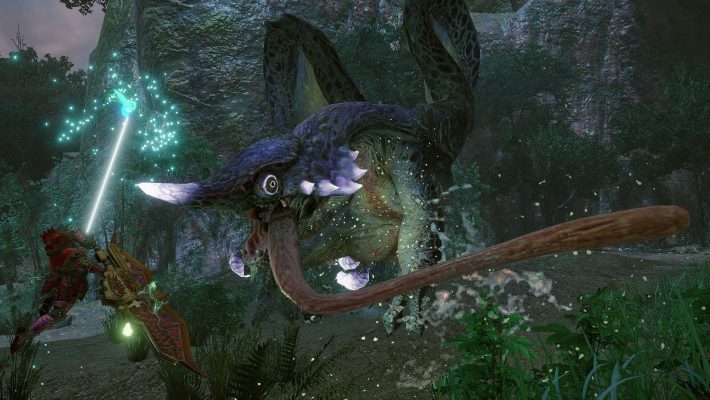 Capcom has added a new gesture to Monster Hunter Rise called Play Possum, in which players can play dead along with their hunting buddies. The gesture is unlocked after completing a High Rank Chameleos event quest titled “Fooled in the Flooded Forest.”

The event quest itself is relatively straightforward and pits players against a Chameleos in the Flooded Forest. Like most High Rank event quests, the hunt requires participating players to be HR8 or above to participate. As the Chameleos is an Elder Dragon, hunters must slay the monster instead of capturing them. Wyvern riding other monsters is also possible in this area and can be used to deal more damage.

Upon completing the Monster Hunter Rise event quest, players will be awarded a new Play Possum gesture. Using this gesture will cause the hunter character to fall to the ground as if dying, and their buddies will also follow suit. The animation to fall down and get back up is relatively long. Note that monsters will still attack you if you use this gesture, as it is not actually effective in fooling anyone. 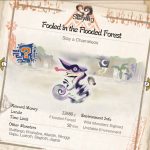 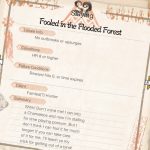 The “Fooled in the Flooded Forest” event quest is available via Senri the Mailman in the Steelworks area of Kamura Village. The quest will be available to download through the “Add-on Content” menu. From there, players must go to Minoto in the Gathering Hub and checking the High-Rank Event Quests. Additionally, Capcom added new craftable leather pants during last week’s event quest. Before that, it also added Monster Hunter Stories 2: Wings of Ruin collaboration cosmetics.

Monster Hunter Rise is immediately available for the Nintendo Switch.