PlayStation Plus, Sony’s paid PSN subscription that yields discounts and other benefits to users, is being extended to the PlayStation Vita.

This morning, Sony announced that a PlayStation Vita 2.00 firmware update on November 19th will bring the “Plus” service to the device, and that it will kick off with an “Instant Game Collection” service that gets you the following games for free:

Final Fantasy Tactics: The War of the Lions (PSP game)

Meanwhile, details for the European PlayStation Plus service, which will hit Vita on November 21st, can be found here. 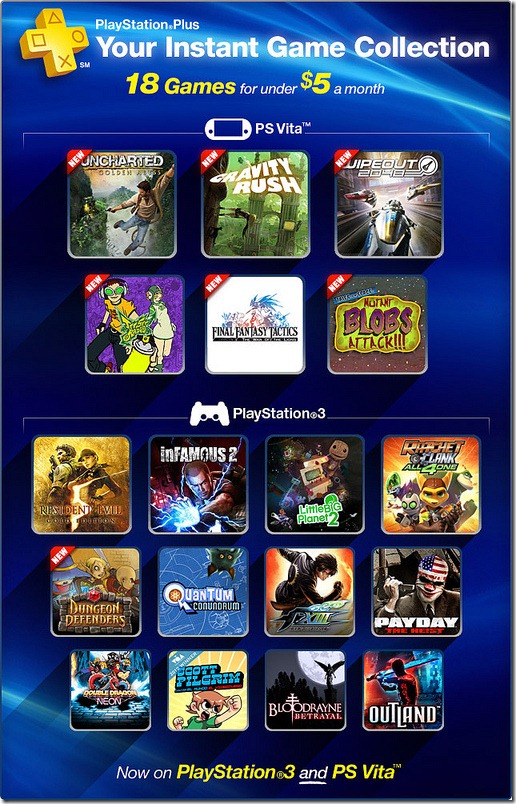