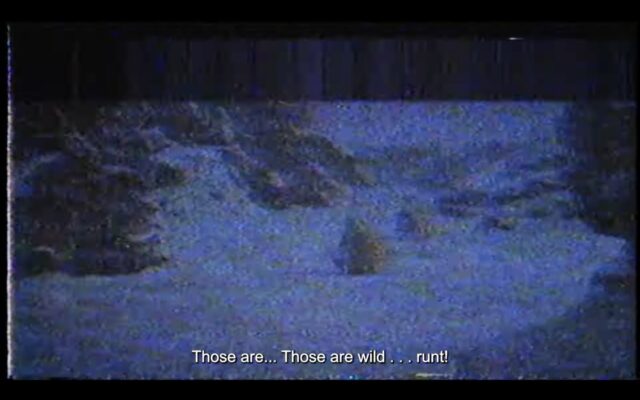 The latest Pokemon Legends: Arceus trailer is more atmospheric. Nintendo went with a found footage approach. While this does mean there aren’t good visuals of the area, it does offer hints of things to come. Though designed to be unsettling, the video offers hints about new Pokemon people might see in the Hisui region in Pokemon Legends: Arceus.

The trailer offers hints about which new and old Pokemon we could see at certain times in Pokemon Legends: Arceus. For example, it begins by confirming this is set in Hisui. It noted that it is in a snowy area. It’s mountainous too. It is also taking place at night, specifically 7pm local time.

From there, we actually get hints about Pokemon that will appear. At about the 35 second mark, a group of Snorunt appear. These actually briefly appear in the video as well, though the image isn’t clear. At the 1:12 mark, a new Pokemon in Pokemon Legends: Arceus is described. While it isn’t shown, it supposedly looks like a Growlithe or Vulpix. It is apparently very cute, with big yellow eyes, white fur on its head, and a tail with a red, glowing tip. However, the person recording the footage is attacked by another Pokemon before it can document more.

Pokemon Legends: Arceus will launch on the Nintendo Switch on January 28, 2022.