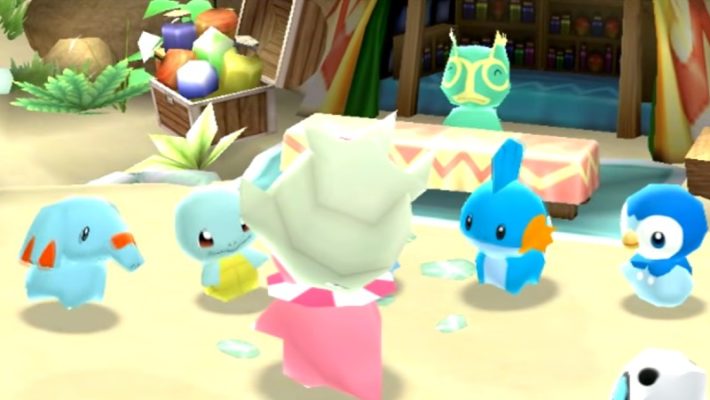 The three titles have been translated as Pokémon Mystery Dungeon: Tempest Adventure Squad, Radiant Adventure Squad, and Wildfire Adventure Squad. Each version has different Pokemon that appear and can be chosen from. In particular, the games are much more focused on adventuring through dungeons and don’t have a significant plot compared to the other games in the series.

These Pokémon Mystery Dungeon WiiWare games do feature a mechanic known as Stacking, which is unique to it and didn’t return in later entries. Essentially, think of it as being similar to the World of Final Fantasy-style mechanic, where other members of your current party are able to jump onto your leader Pokemon’s head. Doing so can significantly reduce the amount of damage taken, although in return you have less Pokemon to deal damage with.

Check out a release trailer for the patch below:

You can find the Pokémon Mystery Dungeon WiiWare games’ the translation patchEs here.