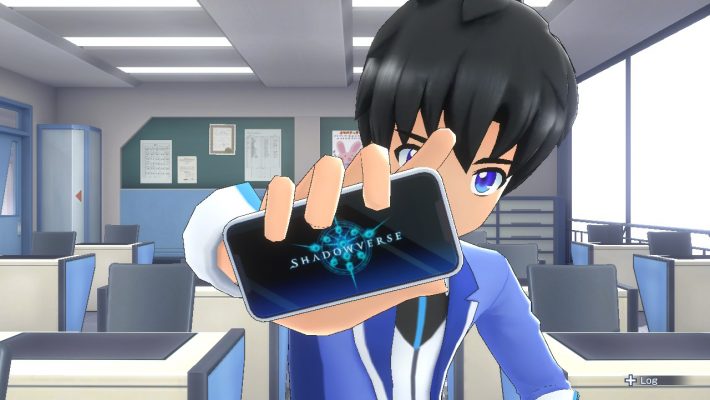 The card-battle RPG is a genre well past its heyday. It hit its peak 20 years ago: Pokemon Trading Card Game. The GBA Yu-Gi-Oh! games. It’s since fallen by the wayside for many franchises, as they’ve moved toward free-to-play online games with a multiplayer focus.

But here’s the thing: card-battle RPGs can be really good! And in ways that those other implementations just can’t match. Shadowverse: Champion’s Battle shows just how much fun they can be, even in its opening chapters. 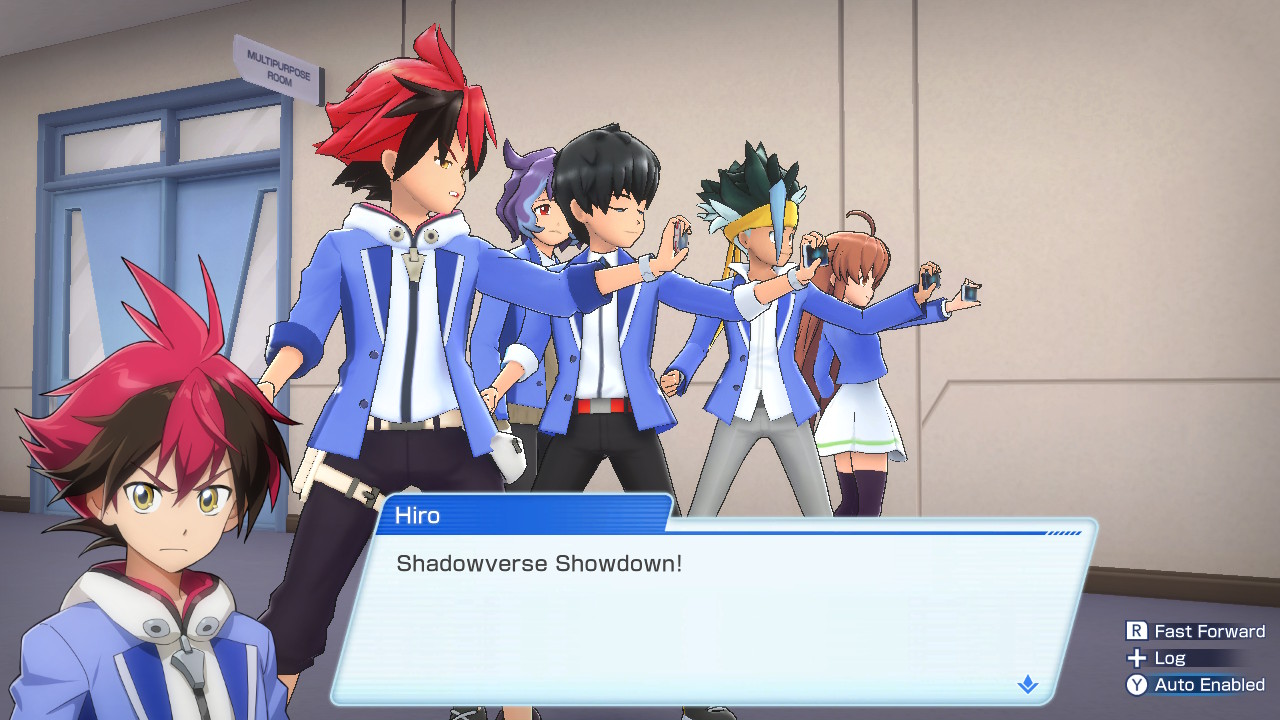 Stop me if you’ve heard this one before: in Champion’s Battle, you’re a student in a school, and everyone in the school and surrounding area is really into this card game! It’s based on the Shadowverse anime, so if you’ve seen that, you’ll find familiar faces. In a world obsessed with Shadowverse, you’d think the school’s club wouldn’t be unpopular, but hey, it is. And you need to save it? Of course! It can, and in its early chapters already does, escalate quickly.

The important thing for gameplay is that there’s a whole host of people around to challenge with different sorts of decks. As the story progresses, these characters will improve their decks, maintaining their spirit while increasing the challenge. And each time you beat one, you get an in-game deck list, so you can build and tweak their decks yourself. 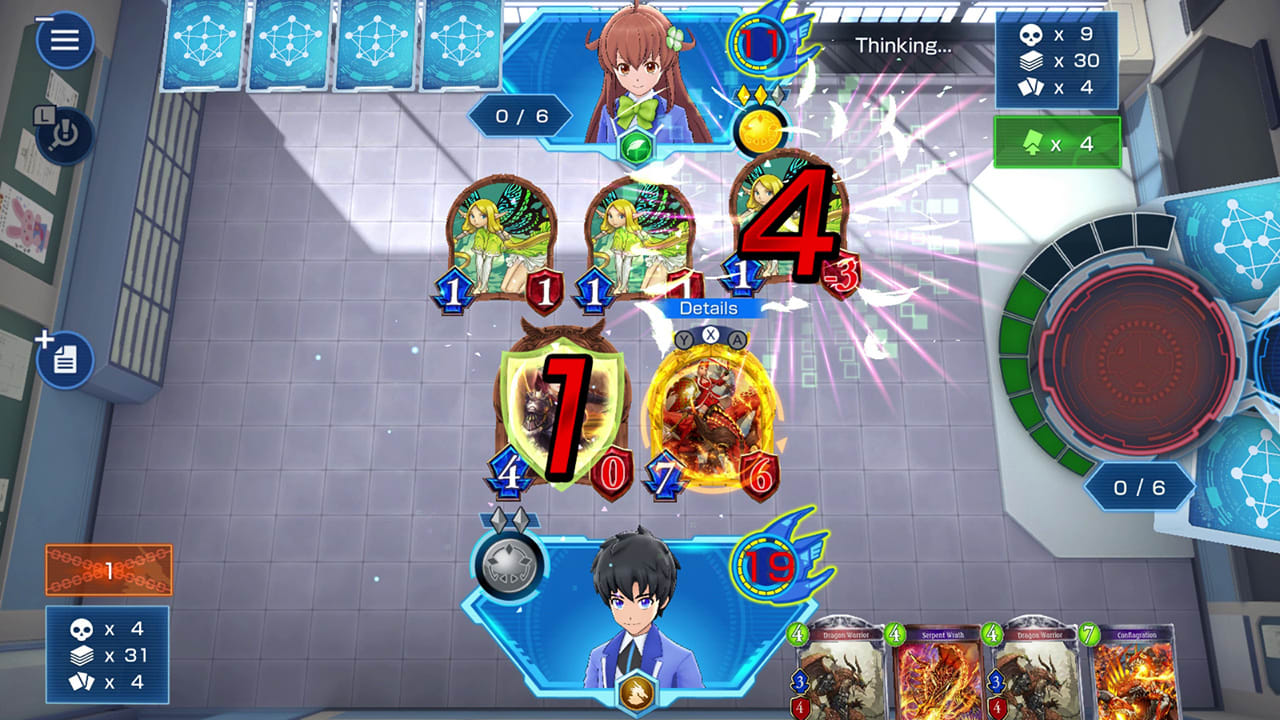 Shadowverse makes for a compelling base for a card game RPG. Each of the game’s seven factions has its own feel. Is it still essentially anime Hearthstone? Yeah, for sure. But being a digital-first card game means it’s designed for display and play that way. Which is huge! The card RPGs of two decades ago often had to implement some very physical concepts, and it made them clunky.

If you’re new to Shadowverse, no worries there. Cygames has built a thorough but painless tutorial, likely forged in the free-to-play world where attention spans are increasingly short. There are some elements here and there that still feel like a mobile game. Like the “first one’s free” shop intro? But the reality of the game once you get into it is refreshingly standalone.

We’ll have to wait and see if the game has staying power, but from what we’ve seen so far? Yeah. Yeah, we think it might. Its online play works well! Lobby play with friends is a solid casual experience. Ranked play has rewards and challenges to earn more cards and goodies. Playing each opponent feels different with each of the seven factions, so switching between them makes for great variety. And there are little side activities, like battle puzzles and streak challenges, added to the package. 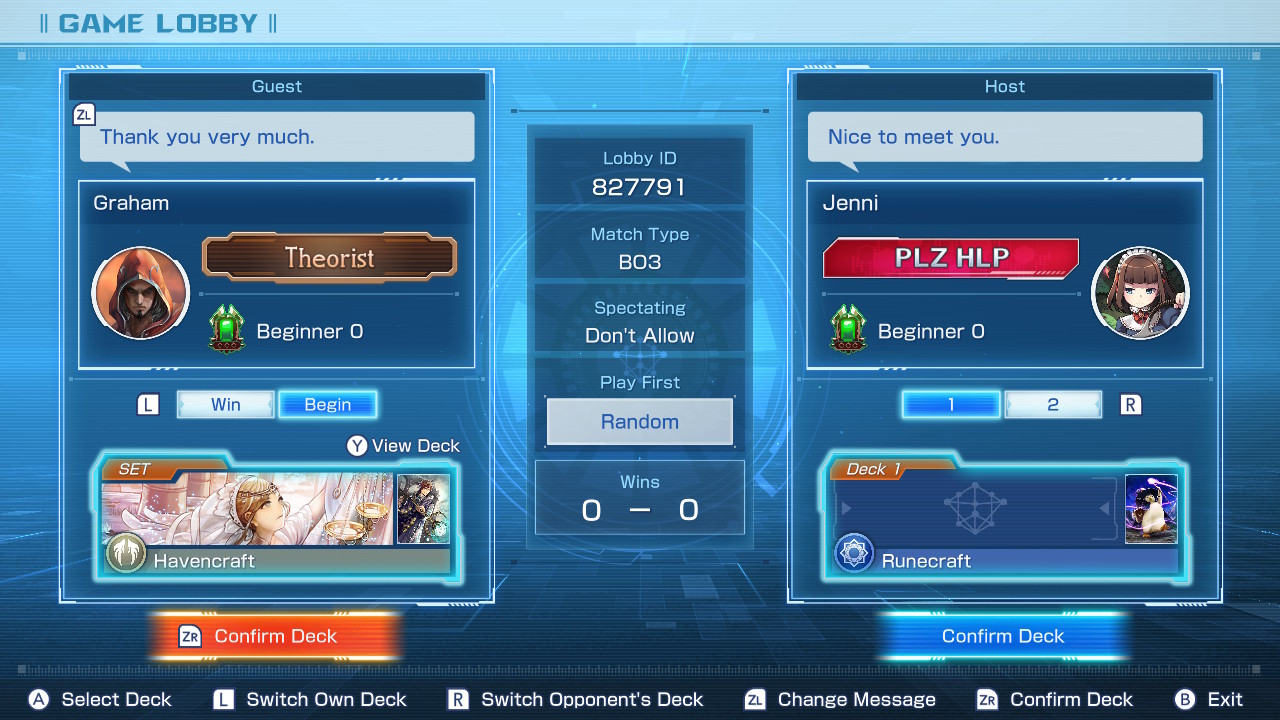 But what’s most important? This is very much a card-battle RPG in the classic style. In addition to the pure nostalgia of that (the value of which is considerable), there’s a reason those games worked so well. Champion’s Battle gets that.

Cygames’ Shadowverse: Champion’s Battle will release on August 10, 2021 on Nintendo Switch. A demo’s available now. XSEED is publishing the game in the West, both digitally and physically. Check back for more coverage of the game closer to release, including our full review!