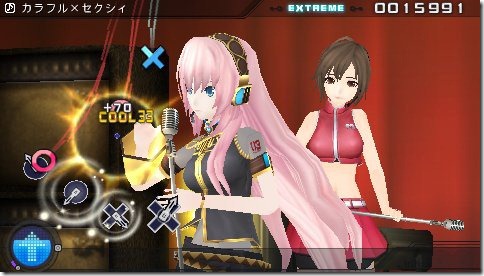 This news is about a week old, but somehow we missed it, and I felt it would be a good idea to use the weekend to get people caught up. The story here is that Sega’s Project Diva development team has two unrevealed projects in development, according to a report at Hachima Kiko.

The news comes via a Twitter account associated with the Project Diva team. Both projects, the account revealed last week, are new and are confirmed to not be the same as the recently revealed Hatsune Miku: Project Diva Ver. 2.5 or Dreamy Theater 2nd.

While no platforms were explicitly connected with the projects, the Twitter feed hinted at the NGP as one system to consider.