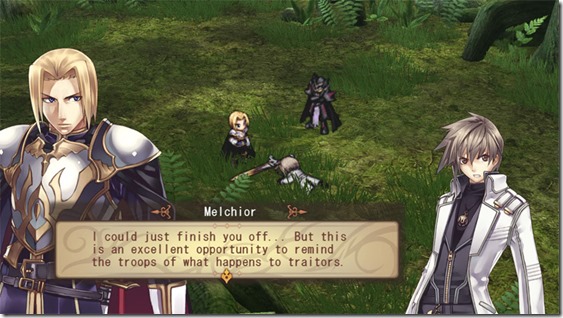 As reported back in April, U.K. publisher Ghostlight are bringing Record of Agarest War to PC. The game is being ported by Laughing Jackal, using the Xbox 360 version as a base, and recently, Ghostlight provided a quick update on how things are coming along.

“Thanks to the hard work of the guys at Laughing Jackal along with our intrepid band of beta testers, we are now fast approaching our first Agarest: Generation of War PC master candidate,” Ghostlight wrote on their blog.

“We’ve been busy squashing the last few remaining bugs as well as integrating the DLC, so this means that while we’re not quite there yet, we’re not too far off being able to announce a release date.”

We’ll have more news on Record of Agarest War for PC as it’s announced. When the game is released, it will be available worldwide.