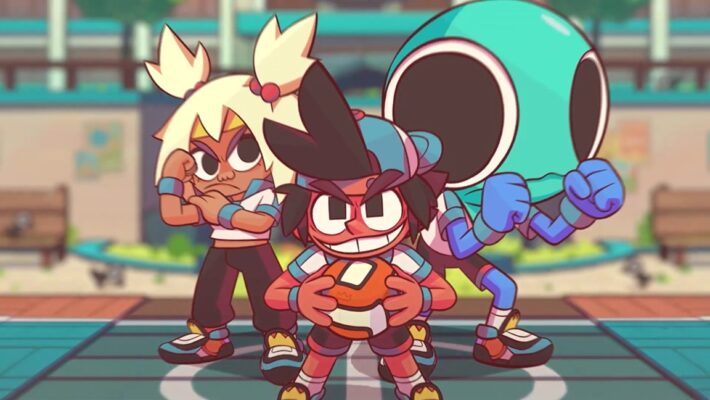 Sometimes a game releases that you just can’t anticipate! You don’t see it coming. You’re distracted, with your attention elsewhere, and it slams right into you and knocks you off your feet.

Clearly we were going there with that. But it’s nevertheless true! Dodgeball Academia doesn’t arrive with nearly the hype it deserves, but it delivers on all fronts, and you shouldn’t miss it. 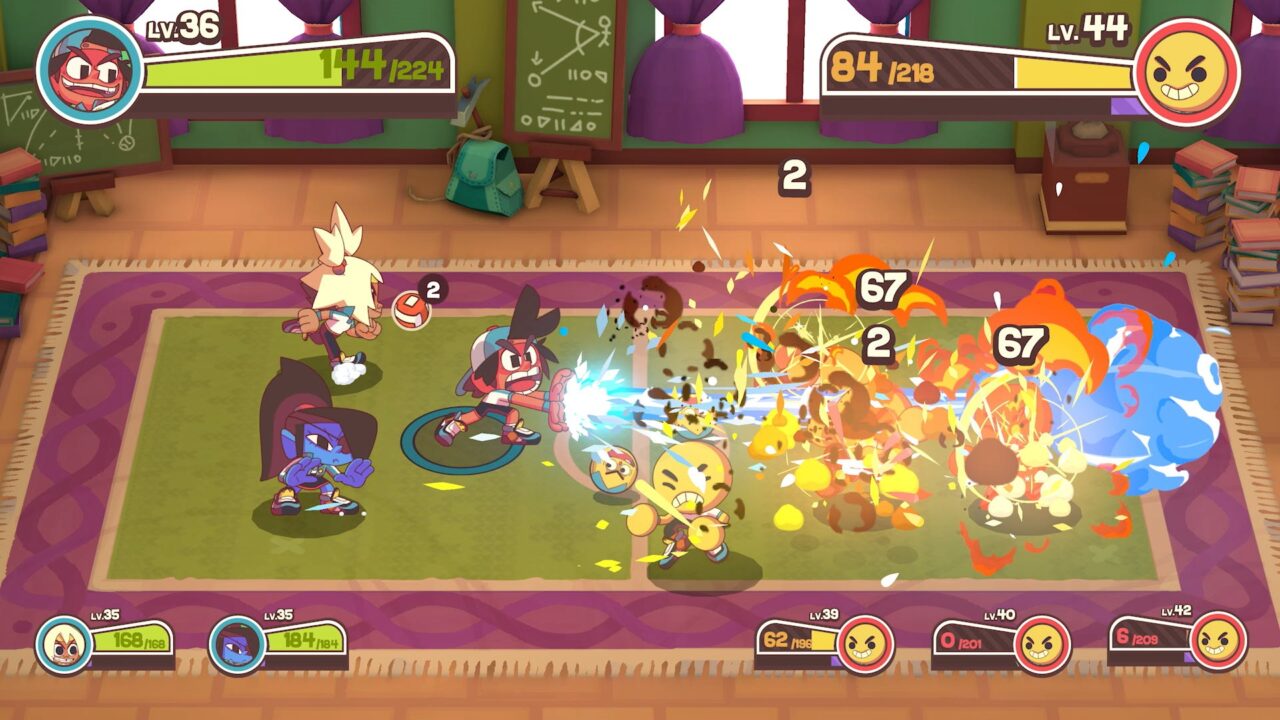 There are a lot of clear influences to Dodgeball Academia, and the first you’ll notice is its core dodgeball gameplay. It’s clearly based on Technos’ Super Dodge Ball, specifically the Neo Geo release with colorful environments, memorable characters and a focus on shorter, quicker matches. You’ll move around a one-screen court, cycle between your team members and do your best to dodge or time catch attempts when you’re not launching your own salvos at the opposition.

Special shots feel a bit less Super Dodge Ball and a little more Windjammers or Sanrio World Smash Ball. You hold down buttons and charge an ultimate meter to do big, flashy moves, and otherwise you’re playing similarly. Player count, ball count and a few basic rule variations make battles feel different, even if you’re facing the same foes. Which is good! Because Dodgeball Academia’s dodgeball games are as frequent as monster fights in Pokemon. 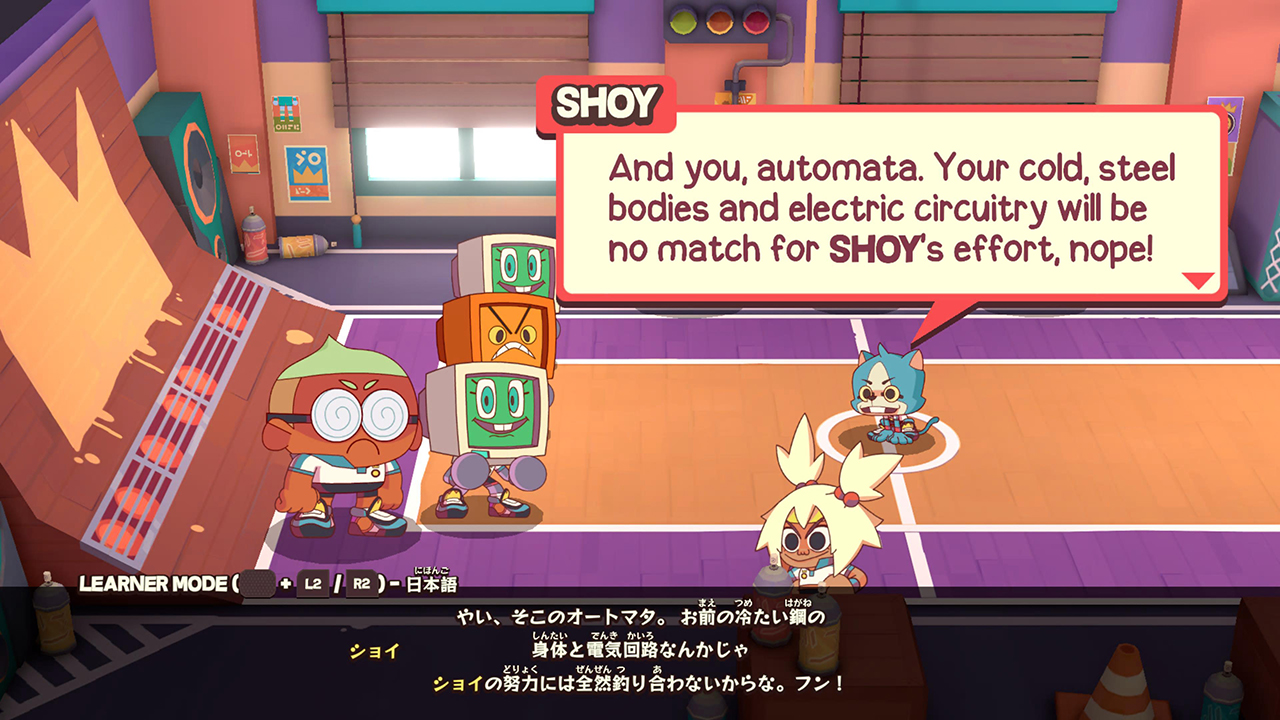 It’s worth noting that Dodgeball Academia is a single-player experience. There’s a versus mode, sure! You can face off against a local friend (or one using some form of remote sharing), and you can use any courts and any characters you’ve unlocked in the campaign. But that’s it. It’s very stripped-down, and feels like a sandbox more than a legitimate pillar of the release.

Dodgeball Academia understands and commits to its aesthetic. It’s a little bit like Paper Mario, with flat, animated characters moving around in clean, bright polygonal environments. Areas are colorful and full of personality, in a way reminiscent of Temtem and Ooblets.

Few games have as legitimately funny writing as Dodgeball Academia. It takes itself not at all seriously, and is happy to point out its own ludicrous premises as it goes. But in an endearing way? Its world is full of detail, and that extends to characterization. We’d watch a Dodgeball Academia show, but it also feels like we already did. 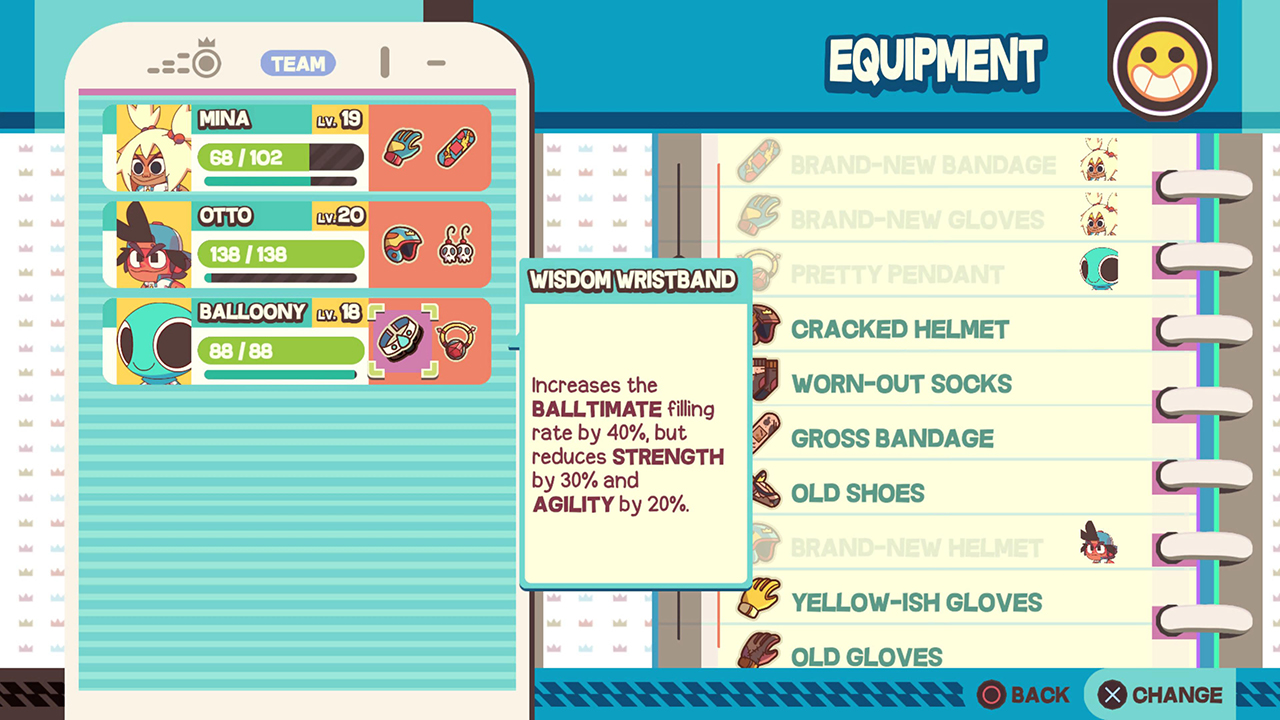 Like many good RPGs, Dodgeball Academia focuses on keeping numbers small so that they’re meaningful. Winning a dime of prize money gets you meaningfully closer to buying a new item. A boost of 1 to your unit’s strength helps a lot. A special throw to deal a couple of HP of splash damage can turn the tide of battle.

The game’s equipment system includes some fun options. Not only can you get some flat defense or attack boosts, but some modify stats in ways that get your gears turning. For example: how about an item that makes a character weaker and slower but fills their special meter faster? It sounds pretty bad, but in the context of your third team member that you only use for their healing move, it can be quite nice! 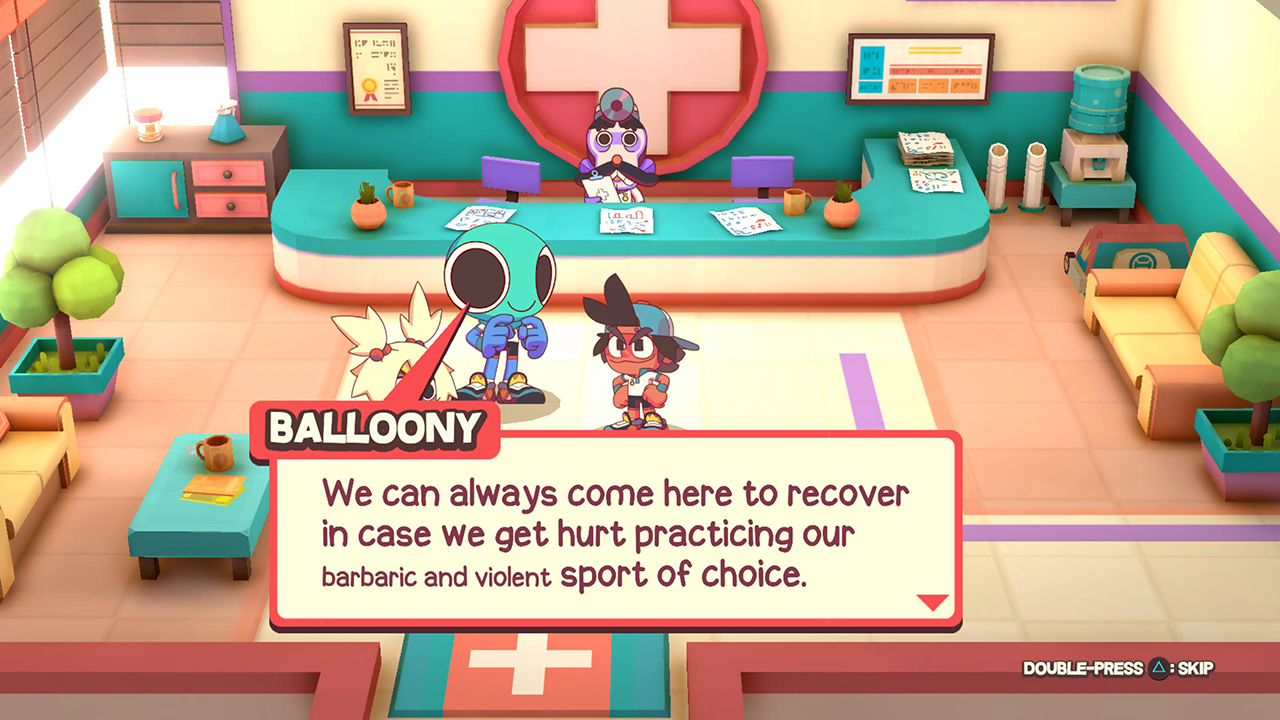 We weren’t prepared for just how much we like Dodgeball Academia. It’s charming and quirky on the surface, and you can immediately see all its smartly-borrowed elements from classics. But the synthesis of it all? It’s a cohesive whole. We want to spend more time in its world, and we hope we’ll one day get that opportunity.

Dodgeball Academia is a sports RPG game featuring rookie dodgeball student, Otto. Join Otto and an eclectic cast of characters as they train to dominate on and off the courts of the academia. PlayStation 4 version reviewed.
9

Dodgeball Academia borrows smartly from a lot of old-school greats, but it’s also more than the sum of its parts.