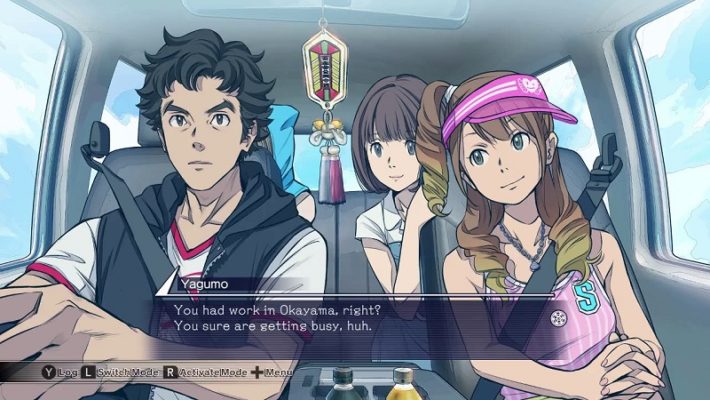 Root Film takes players on a lovely tour of the Shimane Prefecture, giving them a glimpse of historical places, customs, and characters as they work to solve grisly mysteries. Unfortunately, the journey is the only compelling thing about this weak visual novel, as its story is somehow told too quickly and the game is filled with things that waste the player’s time. It’s far too drawn-out, yet somehow too short at the same time.

Director Rintaro Yagumo has been tapped to work on the “Shimane Mystery Drama Project.” It’s great news, except the same project was shelved ten years ago under strange circumstances. The new one doesn’t seem like it’s going to go any better, what with all of the people dying. Riho, an actress and our other main character, doesn’t seem to be faring much better, with bizarre deaths happening all around her as well. It’s a wonder anyone gets any work done.

Since our director and actress have work to do in the area, that means you have lots of excuses to explore various historical sites in the Shimane Prefecture throughout Root Film. This means spending plenty of time at temples and hearing about local landmarks and customs. As someone who knows little about the area, it was fascinating to hear about some of these places and events, which added a lovely travel guide feel to the game. Given that it’s impossible to visit these days, it was nice even if I wasn’t really there. 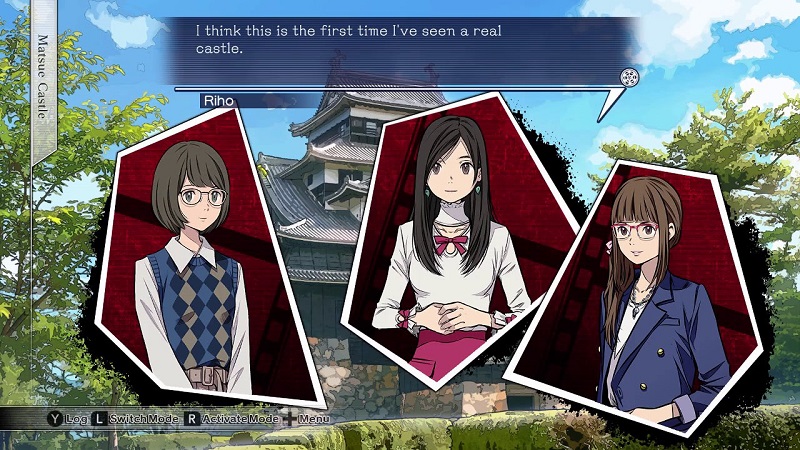 These trips to places start to wear thin quite quickly, though, when you have to visit each one over and over to try to progress the story. Root Film is a big fan of making you go places and talk to people at least twice, resulting in continually clicking on the same places and people multiple times to exhaust all of their dialogue. This doesn’t seem like a terrible crime, but I felt like my time was being deliberately wasted by checking a few times in a row to be absolutely sure they’d said everything they needed to. Make the person go through their entire speech at once, so I don’t have to keep going back and forth to the same areas so I can move on.

Root Film isn’t great at handling its own clues as well, which ties into the above problem. Most of the time, little information is revealed while talking to people that you can appreciably use in following the case. It may feel a bit unfair to compare it to Danganronpa or Phoenix Wright, but those titles set a high bar for creating clues that a clever player can pick up on so you can figure out where to go or what to do next. This title feels like it forces you to talk to everyone before it will let you proceed, rarely giving you anything compelling to act on.

When it finally does gave me a clue that I could figure out, I wasn’t allowed to actually use it until I’d talked to everyone on the map multiple times. The game made sure I unlocked everything, sure, but it felt like it rarely ever let me play detective properly. That’s also assuming the game doesn’t tell you the answer outright, which it does often. Even then, someone still can’t go directly to where it said to. Better go yammer at all of the characters in the game again first. 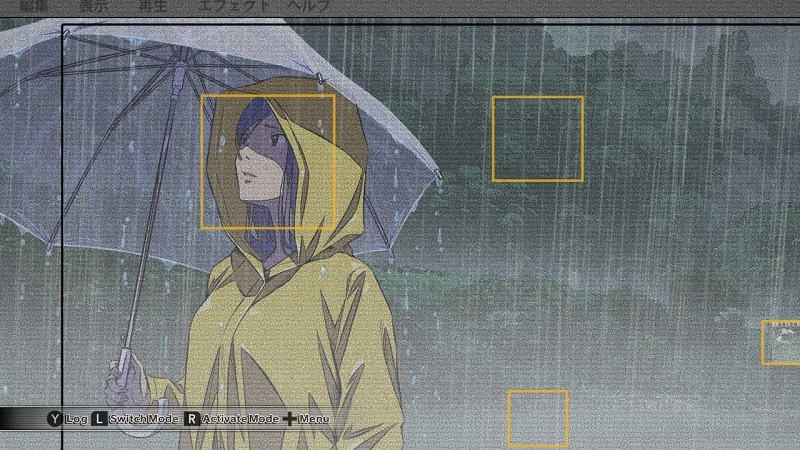 It doesn’t help that Root Film’s mysteries aren’t especially complex or interesting. If you’re a fan of these kinds of visual novels and stories, you’ll likely have culprits figured out within a few minutes of meeting the characters. It is exceedingly predictable, save for when it decides to give you some reasoning for the case that was never once mentioned in the plot before that point. A twist is only effective if the player has the pieces to put it together themselves. This game only manages a twist when you couldn’t possibly have known about it, resulting in these unsatisfying moments whenever it’s not boring you outright.

The characters have some nice designs, making it easy to tell when you’re supposed to remark on someone’s importance. Their personalities are given very little room to breathe as the game rushes through its multiple mysteries though, making them feel detached from the events. They talk about how bad they feel for someone’s murdered family member one moment, then it’s back to wacky movie hijinks a second later. I know that people cope with trauma with the absurd, but the game tells its stories so quickly that everyone’s reactions feel manic and bizarre.

Somehow, Root Film has two competing problems that turn the whole game into a narrative mess. It’s incapable of telling a compelling mystery, always bogging the player down in needless exploration and conversations to get a single character’s full dialogue. Which leaves it feeling like it deliberately wants to extend its length by wasting the player’s time. It also can’t be bothered to set up interesting clues or let players follow them, resulting in frustration the few times something exciting happens. At the same time, it is rushing through some rather straightforward mysteries, and its characters suffer because of it. The result is a story that isn’t satisfying in just about any way (save for the nice travels around the Shimane Prefecture). In a genre that lives by its story, that spells doom.

Root Film is available now on the Nintendo Switch and PlayStation 4.

Root Film is a thrilling adventure game with visual novel elements. Follow Rintaro Yagumo as he is selected to be the director for the rebooted "Shimane Mystery Drama Project”, a TV series which was cancelled for an unknown reason 10 years ago. His excitement for this amazing opportunity is quickly curbed when a horrible murder interrupts their location scouting process. Switch version reviewed.
5