The North American release of the game will be titled Rhythm Thief & the Emperor’s Treasure. The game takes place in Paris. You play as Raphael, trying to uncover the mystery behind his father’s disappearance and find the Wristlet of Tiamat. Since this is a rhythm game, you play by tapping the screen with the stylus, swiping, and tilting the 3DS to the beat of the music to manoeuvre Raphael through the city. 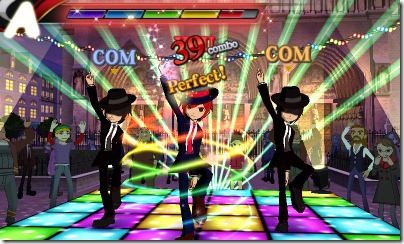 Rhythm Thief & the Emperor’s Treasure has both single and multiplayer modes, and also supports StreetPass functionality. Sega will release the game in North America and Europe in early 2012.