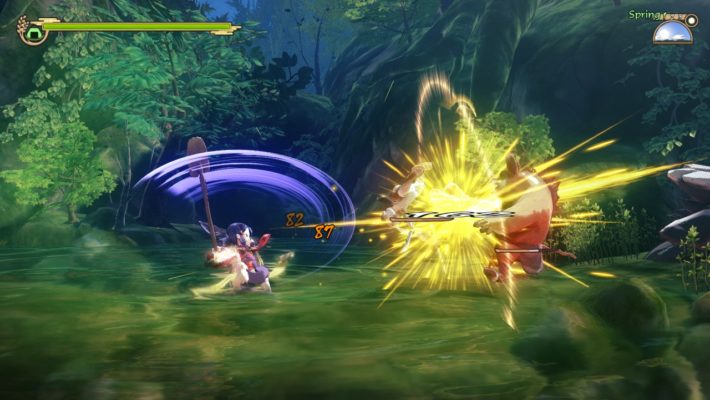 Nearly four years after its first trailer, Sakuna: Of Rice and Ruin will release for the PC, Nintendo Switch, and PlayStation 4, but that wasn’t always the case. Initially, Sakuna, which augments its stylish action-platforming with an intricate rice-harvesting sim, was only in development for the PC and PS4, and the Switch hadn’t been considered. Now, XSEED Games Executive Vice President Kenji Hosoi announced the Sakuna: Of Rice and Ruin Switch version was pre-ordered “2-to-1 over PS4.”

According to XSEED, which is publishing Sakuna in North America, the platforms it would appear on changed after Nintendo expressed an interest in Edelweiss’ game. Ever since the Switch version’s announcement, most of Sakuna’s exposure to the public has been at presentations like the company’s Nintendo Directs and Treehouse Lives, which has driven more pre-orders on the platform.

Initially our plan was to release on PC and PS4 only, but after Sakuna was announced as being in the works, our Nintendo contact at the time reached out to us on more than one occasion to consider releasing the game on the Nintendo Switch as well.

We were initially hesitant on the first few reach-outs, as it just was not part of the original plan and we would have had to reschedule everything, but after multiple talks with Nintendo and hearing how passionate they were about the game, we ultimately decided to release the game on the Switch as well.

That wasn’t an easy ask for Edelweiss, but we all agreed that Switch would be a great platform for the game. In hindsight, we’re glad we took their request seriously as we have nothing but appreciation towards Nintendo for actively showcasing the game, and in terms of sales impact, we’re seeing great launch orders on the Switch—about a 2-to-1 over PS4.

Sakuna: Of Rice and Ruin will be available on the Switch, PlayStation 4, and PC on November 10, 2020. Siliconera’s full interview with Edelweiss and XSEED Games on the day of its release.