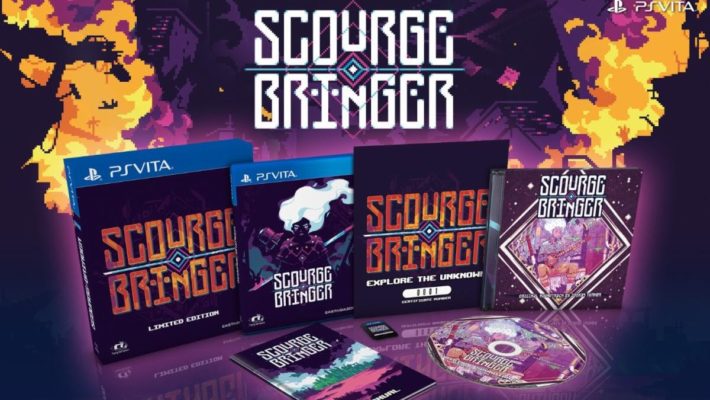 In the case of the PS4 physical copies, they’ll be a Pix’n Love Games limited run. 500 will be available. People will get the soundtrack, an art book, and art cards. Each one will also be numbered.

With the ScourgeBringer Vita copies, they’ll also be a limited release. Eastasiasoft will prepare it. That will also give people a copy of the game, a copy of its soundtrack, and an instruction manual. As a reminder, this announcement comes after Eastasiasoft asked if people would buy Vita games in 2021.

As a reminder, Scourgebringer is an action game with some roguelike and procedurally generated elements. People follow Kyhra as she explores a dungeon and attempts to survive its many dangers.