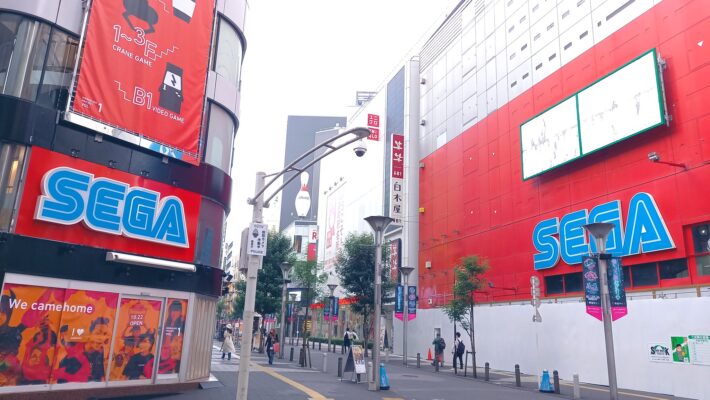 Recent advertisements indicate that the Sega Ikebukuro arcade is reopening just across the street from the recently-shuttered Sega Ikebukuro GiGO Arcade. The location will open on October 22, 2021. It will feature crane games, arcade cabinets, and an Ichiban Kuji storefront and cafe. [Thanks, ryokutya!]

New posters have appeared on a building right across from the arcade’s previous location. Notably, the building was previously the home of the Project Adores collaboration cafe and game center. That center shut down in August 2020. The advertised floor plans reveal that the new location will feature arcade game cabinets in the basement. Crane games will fill the first three floors, and an Ichiban Kuji and Cafe center will reside on the fourth.

Additionally, the official Sega Ikebukuro GiGO account has been teasing an “Ikebukuro Project” since early October. As shown by official posts, the new Ikebukuro location is the first part of a three-volume project. While details are scarce, the GiGO account states that more information is coming soon.

The original Ikebukuro Sega arcade location closed its doors on September 20, 2021, after 28 years of operation. GENDA Sega announced that it would hold special events to celebrate the arcade’s 28th anniversary. GENDA acquired a majority share of Sega Entertainment in November 2020. It currently manages all of Sega’s arcades and amusement facilities.