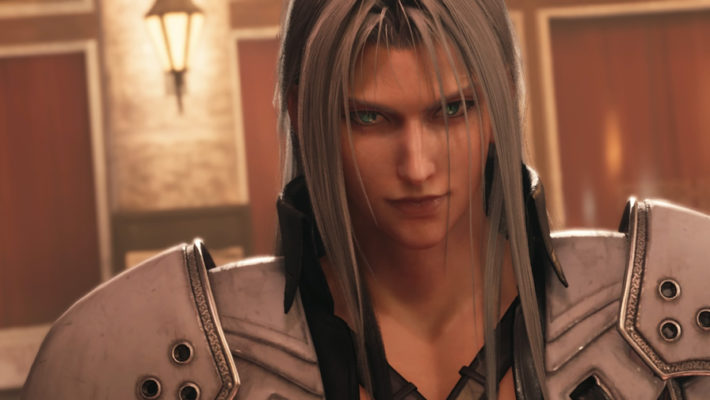 Kyoto University has a new statue to encourage soon-to-be students: Final Fantasy VII‘s Sephiroth. The campus is famous for its bust of “Professor Orita.” The school changes its image annually during entrance exam season. The current statue is of Sephiroth. [Thanks, Game Watch Impress!]

In Japan, most high schools and colleges have entrance exams to determine potential students’ eligibility. During Kyoto University’s entrance exam season, existing students erect statues and messages to encourage these entrants. The school’s tradition comes from the original statue of Hikoichi Orita, the founder of one of the predecessors of Kyoto University. Unfortunately, the bust of Professor Orita was often vandalized, leading the school to take the original statue down and store it away. Since its removal in 1997, students have erected temporary statues which are often related to pop culture.

The university’s star statue this year is Final Fantasy VII‘s Sephiroth. A hilarious message “from Cloud Strife” reads: “Professor Sephiroth was a legendary Soldier who would have done a great deal to grow the Shinra Company and build a wonderful world. May he stay where he belongs–in my memories.” The last line is a reference to what Cloud says to Sephiroth at the end of their battle in the CG-animated movie Final Fantasy VII Advent Children. Cloud also references this line in the Sephiroth reveal trailer for Super Smash Bros. Ultimate.

Check out some images of the Sephiroth statue from Twitter user kusyokuin, who is affiliated with Kyoto University.