Coffee Talk, a visual novel with coffee shop management elements that shares some gameplay similarities with Va-11 Hall-A, has a release date. While it initially had a Fall 2019 release window, it will now be heading to the Nintendo Switch, PlayStation 4, Xbox One, and PC.

In Coffee Talk, players live in a world where beings like demons, elves, and orcs all exist. But all anyone is trying to do is live in peace. You run a coffee shop that is open to everyone. Different customers come in, you make them a drink that seems to fit their tastes, and you learn more about their stories and their lives.

For example, two of the people the barista initially meets in the Coffee Talk demo are Baileys the elf and Lua the succubus. The two of them love each other, but their families don’t approve. Namely, Baileys’ is being difficult due to a racist attitude toward Lua’s people and a misconceived notion that elves are “holy creatures” that are better than anyone else. You watch while the two explain their viewpoints and thoughts on what should happen next with their relationship, all while serving them things like green tea lattes. 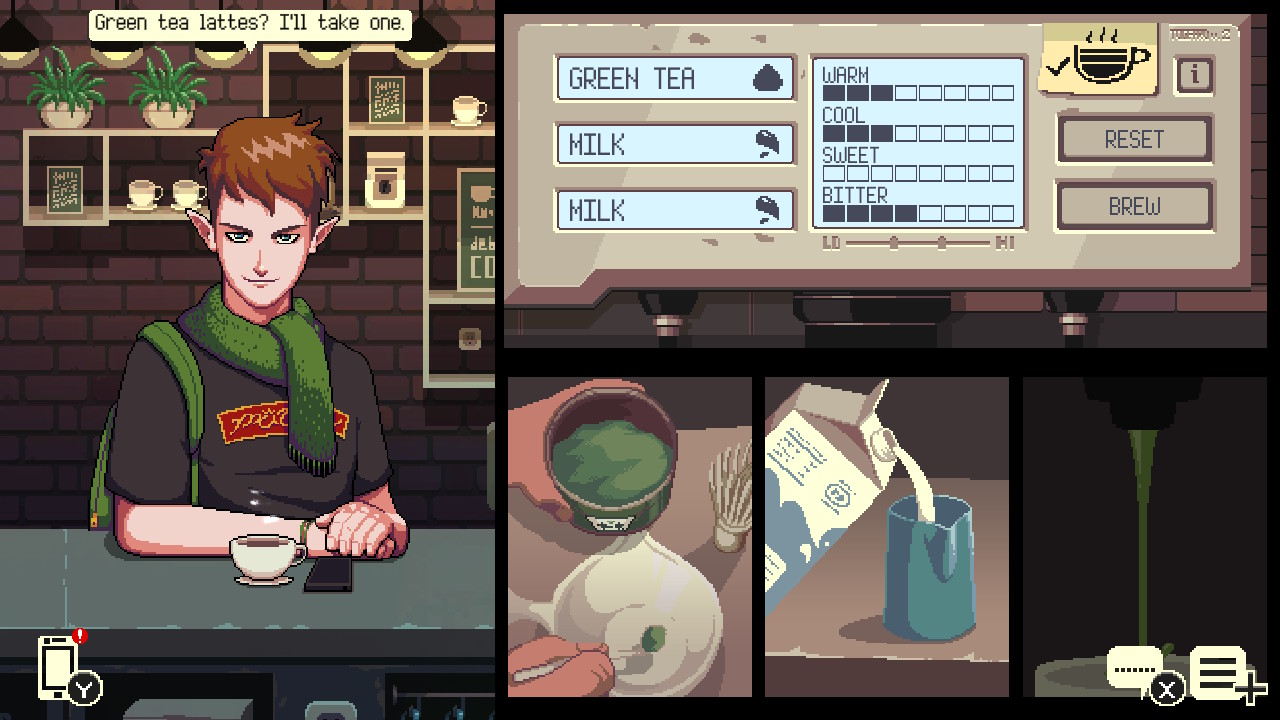 Coffee Talk will launch on the Nintendo Switch, PlayStation 4, Xbox One, and PC on January 30, 2020. A demo is available worldwide for PCs via Steam, while Nintendo Switch owners with a Japanese eShop account can grab a demo with an English language option.