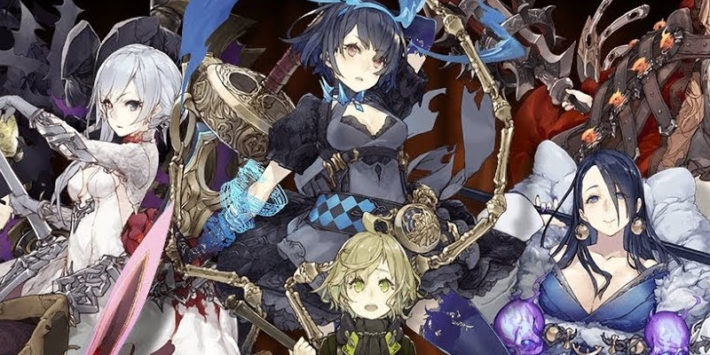 After a long wait and periods of uncertainty, the SINoALICE global client has finally arrived. And with the opening of a brand new mobile game, there are probably plenty of questions on how to best get started. Well don’t worry, with this SINoALICE beginner’s guide, I’ll be breaking down the basics of what you’ll want to keep in mind for your first gacha pull, and how to most effectively

You can re-roll your first gacha pull as many times as you’d like. Ideally, you want to aim for as many SR weapons as you can. While characters, and the Classes attached to them, are fairly coveted, you’ll want to take advantage of this opportunity to grab weapons. I made sure to grab four SR weapons before I finally decided to start the game. However, if you’re not able to grab four SR weapons, two at the very minimum should suffice.

Weapons are just as valuable as Classes. That’s right, weapons are just as valuable, if not more valuable than Classes currently. Like I mentioned above, you’ll want a decent amount of SR weapons to start. If not, you might run into some roadblocks around the fourth chapter of the character scenarios. If you weren’t able to pull more than a few SR weapons from your first gacha pull, the item shop will let you grab one SR weapon per pack from the store. Two packs are available to purchase five times, each pack costing 150 gems per pack. There is one pack for physical weapons and one for magical weapons. They also come with four S weapons, making them invaluable for main and Sub Gear slots.

Make sure to equip your Sub Gear. Sub Gear will add extra points to your overall power, increasing the damage that you’ll be doing in Story, Colosseum, and Co-Op battles. Any extra SR weapons you get that may not work for the Class you’re using can usually be slotted into the Sub Gear slot, giving that character a little extra oomph. This goes for Nightmares and Armor as well – any access Nightmares and Armor can be slotted into Sub Gear to increase the character’s points.

You will get every individual character after completing Chapter 1-1 of their individual story. This does not mean that you will be receiving every Class variant of said character. For example, when completing Alice’s Chapter 1-1, you will be given Alice Breaker. In order to get the only other Alice variant available, you will need to try your luck at the Release Celebration Grimoire. I would advise against rolling in the Release Celebration Grimoire unless if you are absolutely in love with a character’s design, as Classes are fairly standard across the board, and early on it is much better to invest in weapons.

This is a general guide about how to best get started in SINoALICE if you’re a beginner. Don’t feel obligated to min-max and upgrade weapons as fast as possible, and just enjoy the game at your leisure. Check out the medal shop from time to time to see what else you can purchase with in-game currency. But most of all, just have fun!

SINoAlice Global is available on iOS and Android. Its crossover event with NieR: Automata and NieR Replicant will begin on July 16th, 2020. We recently spoke to Yoko Taro about his work on SINoALICE, including the thought process behind some of the character designs and narrative choices for this mobile title.