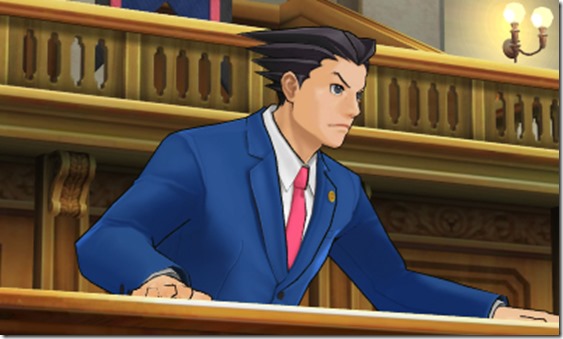 At one point, Capcom were exploring the possibility of giving Ace Attorney: Dual Destinies a physical release in the west, but this is no longer the case, says series producer Motohide Eshiro.

Ace Attorney: Dual Destinies was initially announced as a download-only game for the west. Then, in an interview in June, Eshiro suggested that Capcom were open to exploring the idea of a physical release, provided that demand was strong enough. At the time, Capcom also warned that a potential physical release would compromise the game’s price and take longer than a download release.

Finally, today, in reply to a question as part of a fan Q&A, Eshiro confirmed that a physical release will not be possible.

“In response to fan feedback we looked into a western physical release of Dual Destinies but from the beginning of the project, one of our goals has been to bring the game to the western market much more quickly than we have been able to in the past,” Eshiro stated. “As text adventures, the Ace Attorney games require a lot of time for localization, so we really moved the proverbial mountains and had a lot of people work very hard to get the text localized as quickly as possible—while of course maintaining the high quality level fans are accustomed to.”

He continued, “As part of this, we made the decision to release on digital only in the west in order to take manufacturing time out of the equation and allow the release date to be as early as possible. So the answer is, no, Dual Destinies will be a digital download-only release in the west.”

Eshiro also went on to state that release timing was also part of the decision to localize the game solely into English, instead of other languages as well. Ace Attorney: Dual Destinies will be available in the west this fall.