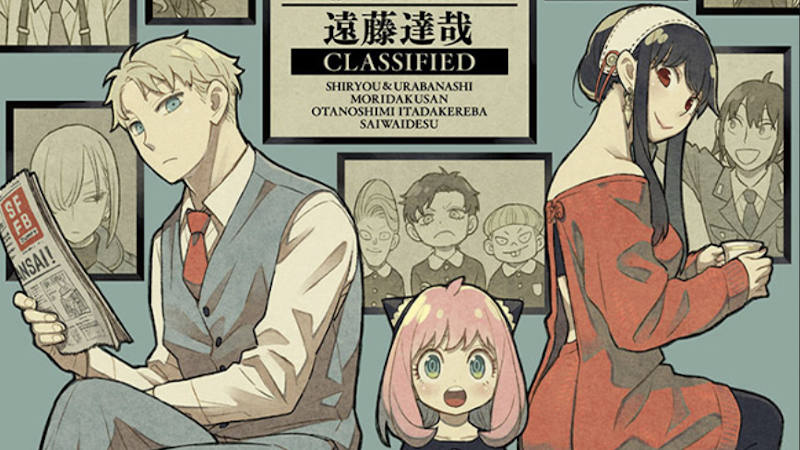 Spy x Family fans will have another book to add to their collection. Shueisha will publish the Spy x Family Eyes Only fan book in physical and digital formats in Japan on May 2, 2022. The book is available for pre-order at 880 yen (~$7) on multiple websites and stores, including Amazon Japan which supports international shipping.

The 230-page book will contain in-depth commentary on the world and character backgrounds by the creator Tatsuya Endo. It will also have more segments like colored illustration scenes and special dialogue sessions. All content in the book will be available in Japanese.

Shonen Jump+ editor Shihei Lin published the book’s cover image on his Twitter account. It shows Loid, Yor, and Anya sitting in different directions. The Japanese romaji text on the cover translates to “There are lots of materials and insider talks. We would be glad if you do look forward to them.”

Spy x Family originally appeared as a manga series that debuted in Shonen Jump+ in March 2019 and is still ongoing as of this writing. Its anime adaptation began airing in Japan on April 9, 2022. The German, French, and English dub versions started streaming on Crunchyroll the week after, on April 16, 2022.

The Spy x Family Eyes Only fan book will be available on May 2, 2022 in Japan.