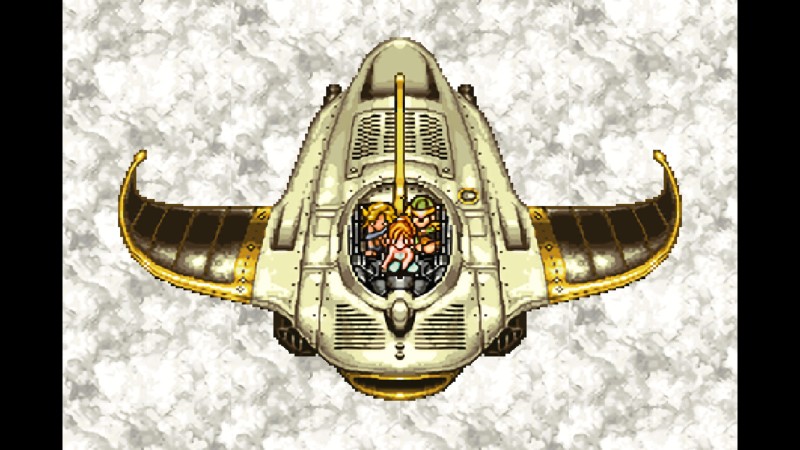 Siliconera reported earlier that Square Enix’s free Tomb Raider offer to encourage people to stay home has been expanded to a full on marketing and charity campaign, giving gamers, healthcare workers, and organizations dealing with COVID-19 things like games and financial support. Some of that content has been released, the marquee offering being a bundle of discounted JRPGs like Chrono Trigger via Steam.

The Stay Home and Play JRPG Collection bundle includes four JRPG games for an asking price of $49.84 That’s 72% off the total retail asking price for Chrono Trigger, Dragon Quest XI: Echoes of an Elusive Age, Oninaki, and Final Fantasy XII: The Zodiac Age. If you have one or more of these, you can snag them individually as well. 100% of Square Enix’s proceeds (meaning the company’s cut after Steam’s take) are going to charitable organizations, such as food banks.

In addition to being able to gift games to your friends via TikTok, Square Enix has also made Deus Ex GO available for free on both the App Store and Google Play marketplace. This one will be free until May 7, 2020. Also, if you’re stuck at home and looking for something fun to do that isn’t playing more video games, but you still want to live that video games life, here’s a cute Square Enix coloring page for the occasions:

Check out this #Chocobo and #Moogle artwork!

While you're at home, take a shot at colouring it in, kupo!

We’ll keep you all updated as Square Enix adds to the list, but you can also keep your eyes on Twitter as well.

Both the PC versions of Chrono Trigger, Dragon Quest XI and Final Fantasy XII: The Zodiac Age have received notable updates lately. The former had a patch with major fixes in 2018. The latter received an update with job resets and Gambit Sets.