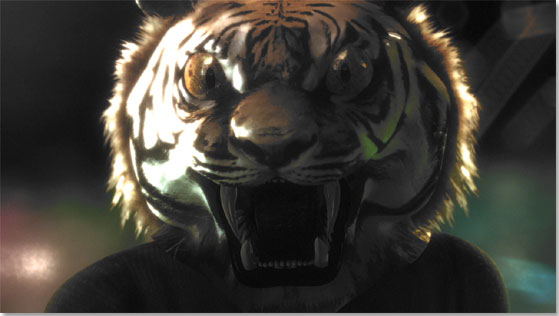 Shadows of the DAMNED (damned…damned…) isn’t the only game Goichi Suda is working on. In addition to his psychological action-thriller, he’s working on a second project, which is equally bizarre…if not more so.

This project is Codename D for Microsoft’s online Xbox Live Arcade service and is built around Kinect. It involves you fighting for your life in an “evil amusement park filled with twisted and eerie pictures.” Yes, that is a dude with a tiger head.

Suda and his company, Grasshopper Manufacture, haven’t revealed any other details on the game yet. All we know is that Codename D is due sometime in 2011 and is being published by Microsoft. Until then, enjoy these screenshots.