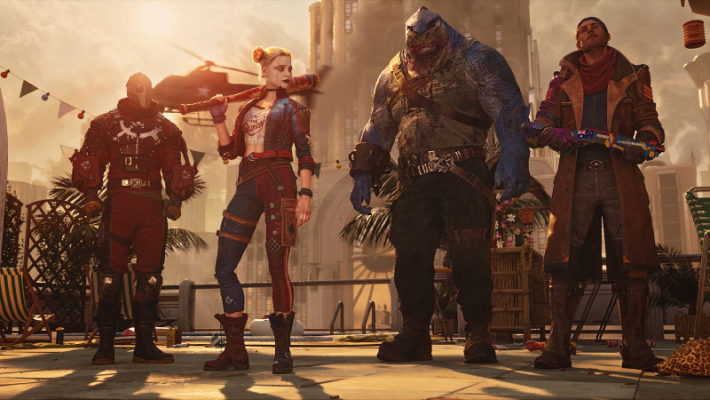 DC FanDome 2020 has come and gone, and with it, Suicide Squad: Kill the Justice League was officially revealed. The game is the latest title from Batman: Arkham series developer Rocksteady Games, and is headed to PlayStation 5, Xbox Series X, and PC in 2022.

Check out the official trailer for the game below:

The game takes place in Superman’s home city of Metropolis, and features an original plotline where Amanda Waller’s Suicide Squad must take on the entire Justice League, beginning with Superman, whom we see in the trailer killing an innocent pilot. For some reason, the heroes have become the villains, and it’s up to the Suicide Squad to save the day or die trying.

The game features four playable characters: Harley Quinn, Deadshot, Captain Boomerang, and King Shark. Compared to the Arkham series, Suicide Squad is more of an action-adventure shooter that focuses on unique movement techniques like Deadshot’s jetpack, Captain Boomerang’s teleportation, and Harley Quinn’s grappling hook. Players will be able to play complete the entire game either solo, where you will be able to change between the four characters at will, or with up to three other friends in multiplayer co-op. In singleplayer, the three other teammates will be controlled by AI.

Suicide Squad: Kill the Justice League will release on PlayStation 5, Xbox Series X, and PC in 2022.