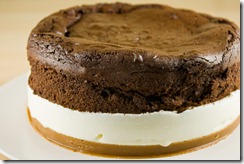 Mid-May Sundae Funday! It’s been a busy week, with both Namco and NIS America announcing some of their plans for the future.

We also had a whole lot of publishers release their earnings reports during the week, which brought interesting bits and pieces of news in its own way.

And aside from all those stories was the regular news flow. Like some of the ones below, which you may have missed:

You may know him as the producer of Senran Kagura: Portrait of Girls, but Kenichiro Takaki is also in charge of one of the most quirky games out of Japan in recent times: Half-Minute Hero. In this interview, Takaki discusses the origins of the series and how the sequel came about, touching on the creation of the new characters and the return of the Time Goddess.

Infinite Space developer, Nudemaker, are taking another shot at a sci-fi RPG, this time on the PSP. Konami released a trailer for the game this week, which you can watch in our latest post on the game.

Guardian Heroes, Treasure’s shoot-em-up for the Sega Saturn, is headed to Xbox Live Arcade this summer in Japan. Meanwhile, according to Sega of America, the U.S. will see the game in fall. You can find screenshots of the XBLA version in our post.

This week’s ice-cream is a Chocolate Cherry Vanilla Ice-cream Cake. You can find a recipe for it at this link. Some of the in-progress pictures are more mouth-watering than the final product!