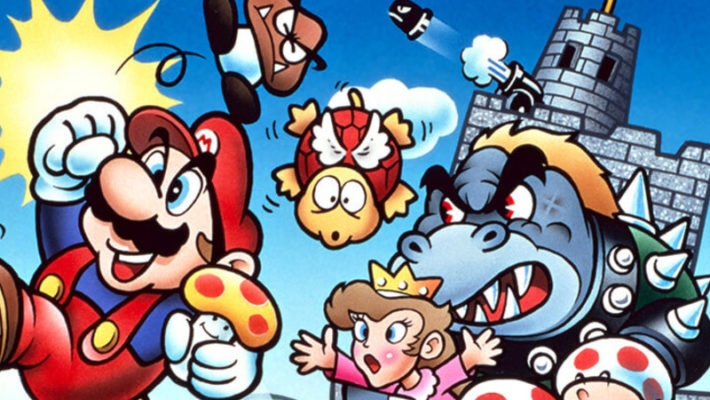 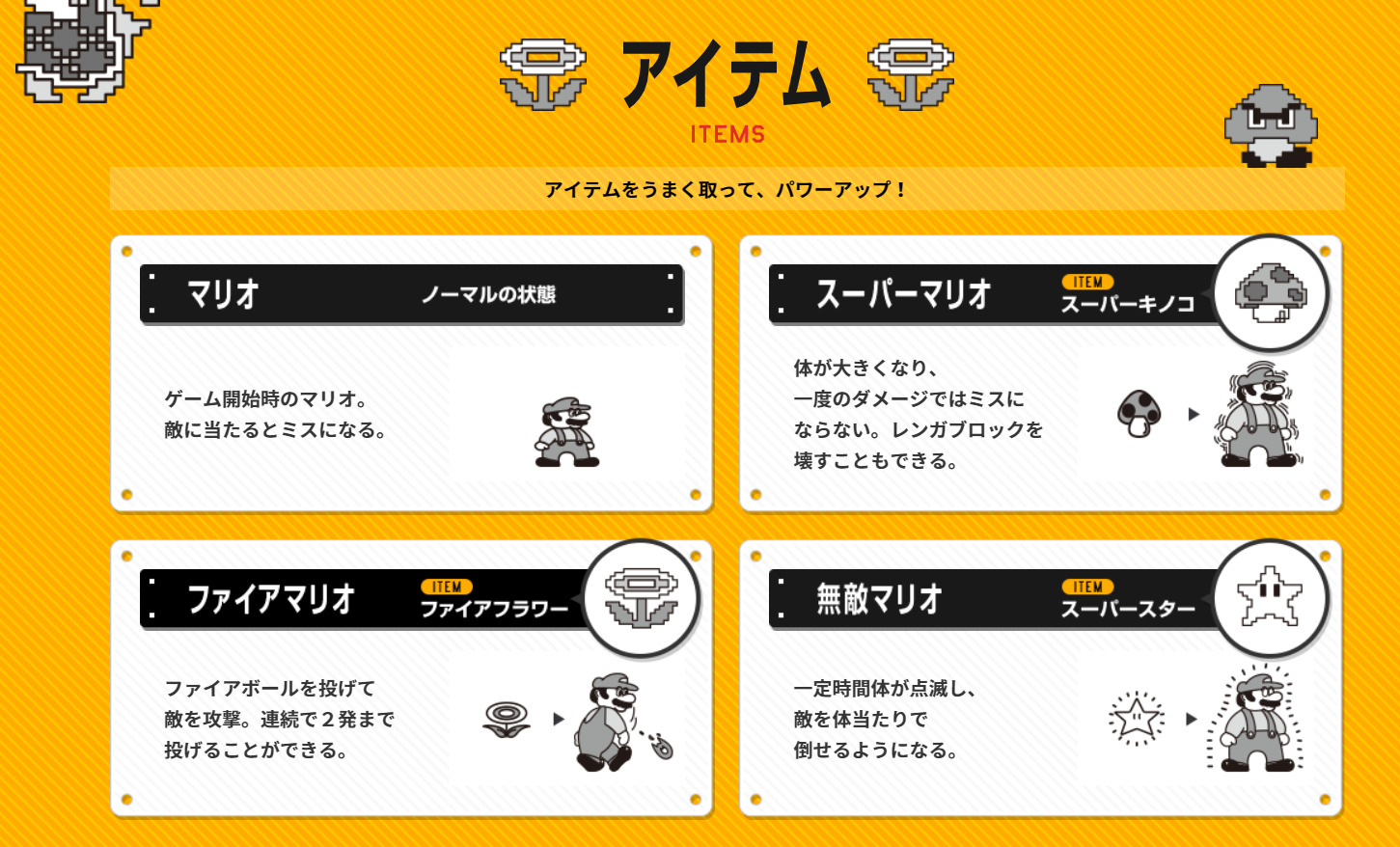 For example, here’s a look at some of the artwork of Mario and the items that he can pick up in the first game, such as the Mushroom, Fire Flower, and Star. For instruction manual enthusiasts, Nintendo has actually included a link to the fully scanned Japanese manual, which also includes the story about how Bowser transformed all the Toads of the destroyed Mushroom Kingdom into question blocks and bricks—a pretty dark story for the time that hasn’t been touched upon since. 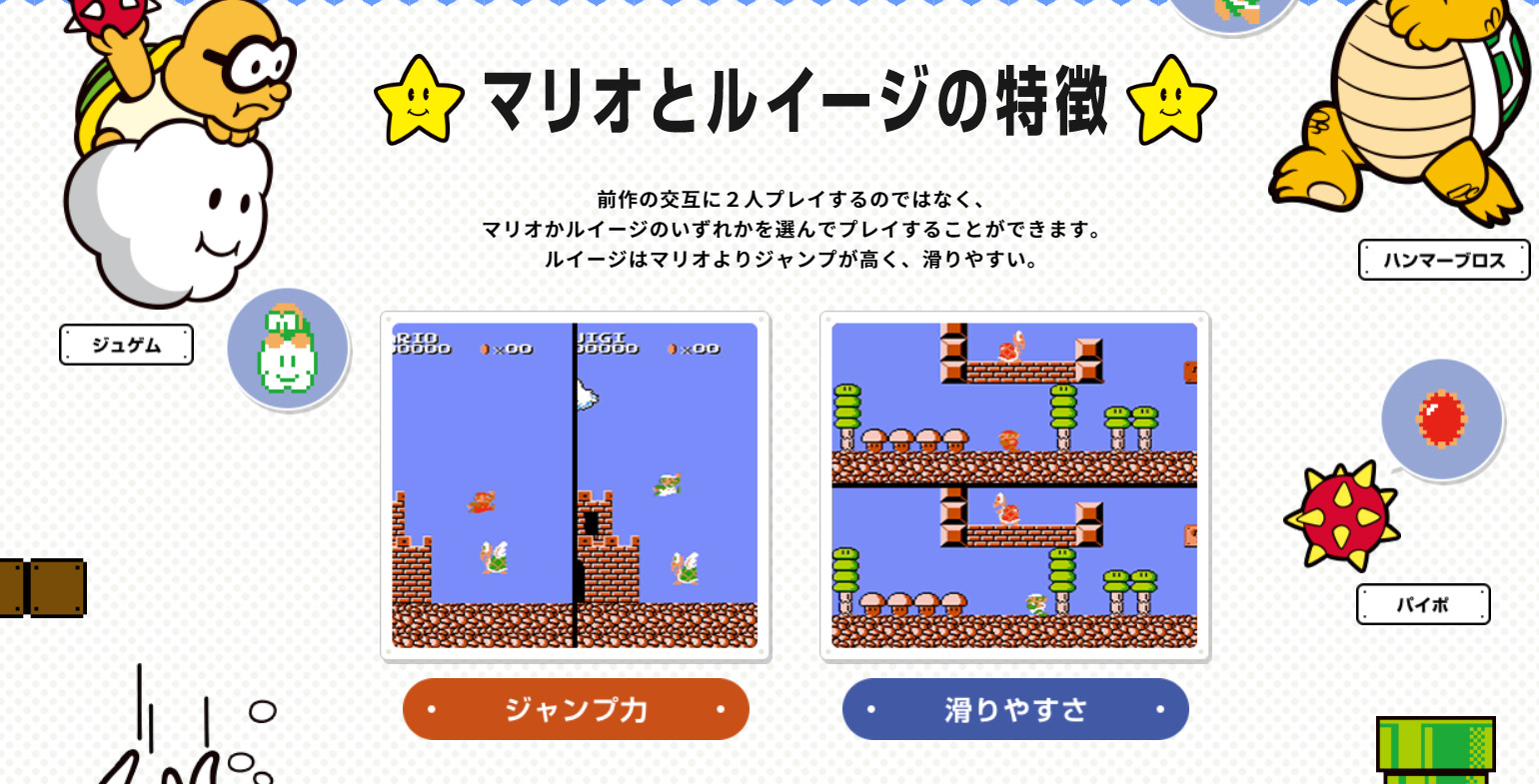 Meanwhile, the site for The Lost Levels isn’t shy about pointing out that the game is mostly a harder expansion to the first game. The game’s main claim to fame is the introduction of different jumping and running physics for Mario’s brother Luigi, where Luigi can jump higher, but is more slippery to control. This distinction has made its way into many titles since.

Here’s a link to the Japanese manual for The Lost Levels.

It’s possible that Nintendo will continue to create commemoration sites for other older Super Mario Bros. titles, so check back for a closer look at the series’ history. While the first two games are available on Nintendo Switch Online, there is also an upcoming Game & Watch that will include these two games that releases on November 13, 2020 as well.