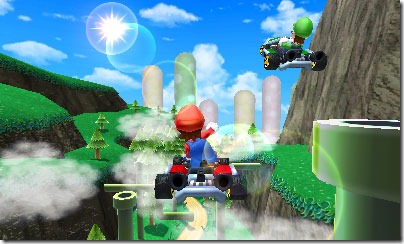 Last week, Nintendo conducted their annual investor Q&A, marking the end of their previous fiscal year. At the Q&A session, an investor asked Nintendo president, Satoru Iwata, whether or not one could expect to see games like Super Mario, Mario Kart and Animal Crossing to be released on the Nintendo 3DS in the new, ongoing fiscal year.

Nintendo hope to sell 16 million units of the Nintendo 3DS system within its first year on the market. While Iwata didn’t specify release dates or even a release window for the aforementioned titles, he did hint that we could expect to see at least some of them launched during the current fiscal year to help Nintendo meet their sales goal.

Interestingly, he also provided some insight into the planning of Nintendo’s first-party game release schedule, which he revealed takes third-party games into account as well.

With regard to Super Mario and Mario Kart specifically, he added: “However, especially for the two titles I introduced today, which are the new iterations of "Mario Kart" and "Super Mario," I did not talk about them with the image of launching them in the next fiscal year or thereafter, so please understand it in that way.”