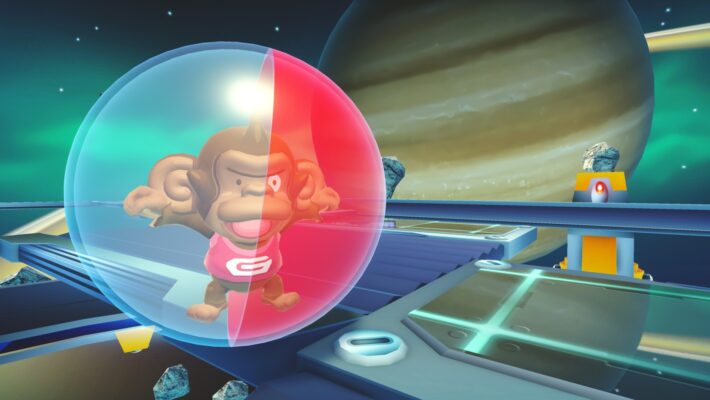 There’s another new Super Monkey Ball Banana Mania trailer, and this one reintroduces AiAi, Baby, Doctor, GonGon, MeeMee, and YanYan. Each of the monkeys is a playable character. Every one of them has their own unique traits and stats that influences their behavior on a level. In addition, the announcement confirmed that more characters will be announced in Summer 2021.

AiAi, Baby, MeeMee, and GonGon all made their debut in the original Super Monkey Ball. AiAi, Baby, and MeeMee are established as a family in that entry. GonGon was originally an enemy who became their friend. In terms of how they handle, AiAi is an all-around type. Baby tends to move quickly, but is the most lightweight. GonGon is usually heavier and slower than the other monkeys.

Meanwhile, Doctor and YanYan first appeared first in Super Monkey Ball: Banana Blitz, but appear in Super Monkey Ball Banana Mania’s games for the first time. YanYan is an energetic young ring-tailed lemur, while Doctor is an amnesiac, elderly genius. In games she’s appeared in, YanYan tends to have good jumping abilities. Meanwhile, the Doctor is good at speeding up and quickly turning.

The last video from Sega focused on the collection’s different stages.