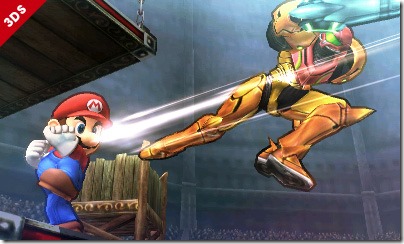 Super Smash Bros. for Nintendo 3DS is the 10th 3DS game to sell 1 million units in the U.S., Nintendo said today. In a little over a month, the game has sold 1.2 million copies in the U.S., between retail and download sales.

Below is a look at what the rest of that list is like. Keep in mind that these figures are for the U.S. only, and include both retail and download sales combined:

The Legend of Zelda: A Link Between Worlds – 1.06 million

A little food for thought: It’s interesting to see that Zelda: A Link Between Worlds hasn’t outsold Luigi’s Mansion yet, and even more interesting that Ocarina of Time 3D hasn’t sold much more than Luigi’s Mansion, despite having been on the market for a few years now.

One reason, of course, could be that the 3DS Luigi’s Mansion game includes an online multiplayer mode, which is a feature that is generally believed to help give games longer tails. Luigi’s Mansion: Dark Moon was also a highly anticipated sequel to a franchise that hadn’t been seen in years. At the same time, one wonders if Nintendo ever think about whether Zelda has the potential to do better, and just how to reach tap into that potential.