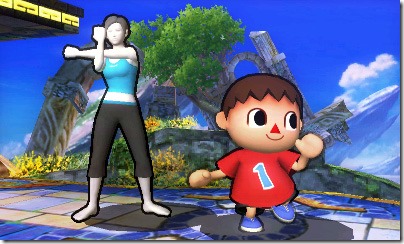 In Super Smash Bros. for the Nintendo 3DS, the game’s characters have black outlines in order for the player to be able to keep track of them when the screen zooms out or the action gets too hectic.

Series creator Masahiro Sakurai confirmed via Miiverse (thanks, GoNintendo) today that this feature is optional.

“I guess we haven’t shown the Villager or the Wii Fit Trainer on the 3DS until now,” Sakurai posted, along with the above screenshot. “By the way, their outlines can be made thinner or made to disappear completely.”

Super Smash Bros. for 3DS and Wii U are planned for release in 2014.