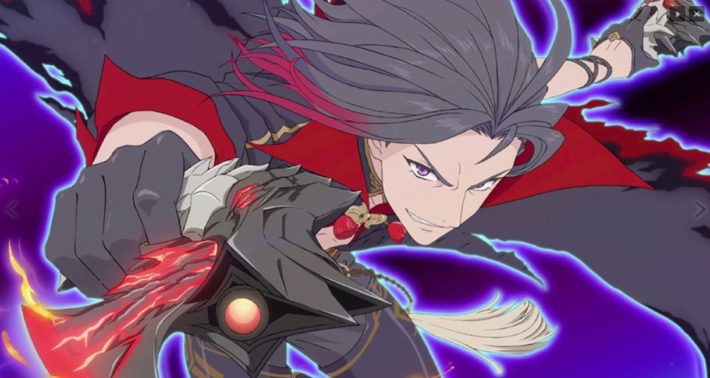 It’s happened. Not long after the pre-loading opportunities were shared, Tales of Crestoria released worldwide. The game is live on Android and Apple iOS devices, pre-registration rewards are being doled out, and a release celebration login campaign is in effect.

Here’s the tweet confirming everything. It confirmed 20 free summons and attachments will be given to people who committed to the game.

Today marks the official launch of "TALES OF CRESTORIA"!

Get 20 Summons and Attachments for pre-registering! Don’t forget to claim your rewards!

As for the login event, it’s a way to get some SR+-ranked characters, presumably some of the early nearly best-of-the-bests, on your team. Three will doled out for newcomers to use to get a bit of a head start. The announcement didn’t note how long they will be available, so grabbing them as soon as possible is probably wise.

Earlier in the week, Bandai Namco talked about the Select Summon Tutorial that is present in Tales of Crestoria. It spent a couple days looking at SR and SSR Memoria Stones there will be, with people able to apparently choose one.

Here’s the list of SSR Memoria Stone characters plucked from past Tales of entries:

There will also be 32 SR Memoria Stones, which were shown in another image on Twitter. 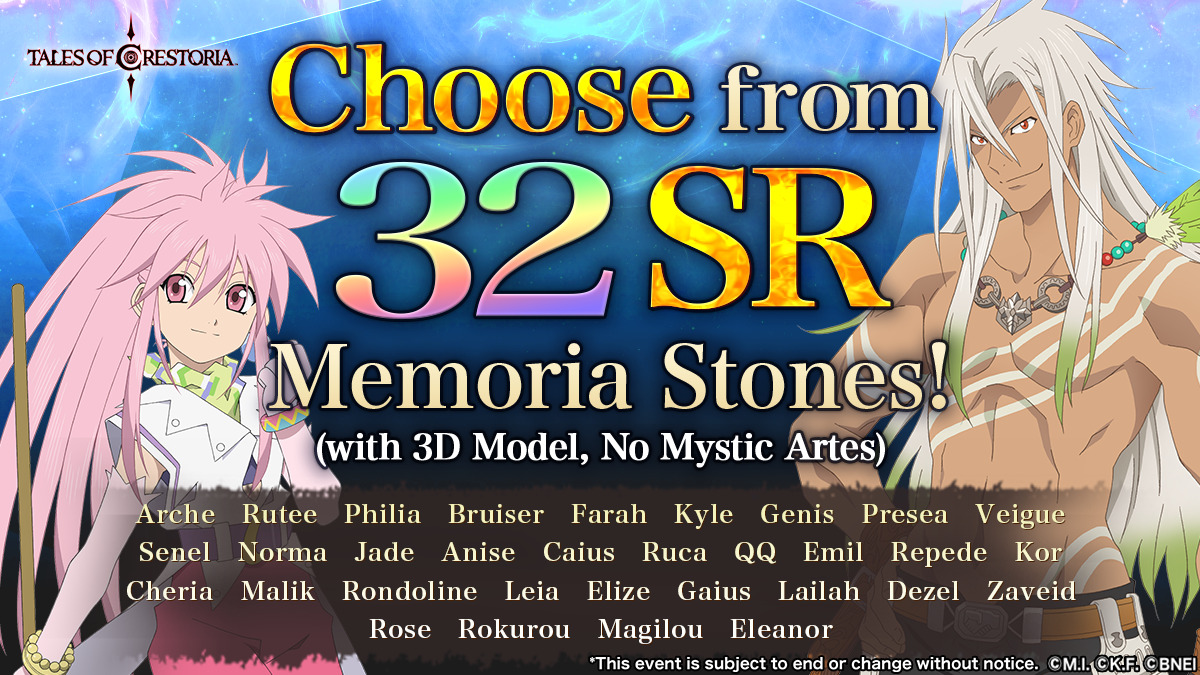 Tales of Crestoria is available for Android and Apple iOS devices.