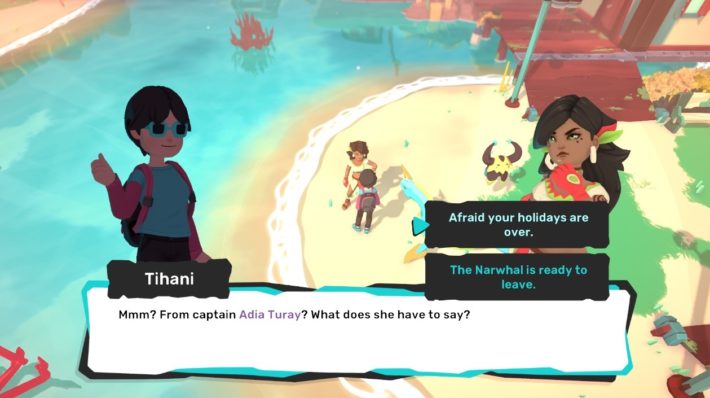 While Temtem is a title that combines elements of Pokemon with an online, multiplayer game, it’s one that has a solo campaign too. And, as is tradition, that means certain NPCs matter more than others. There are some Temtem characters who matter more than others. However, with the game in the state that it is, it can sometimes feel like it is more about making an early impression rather than assigning any sort of depth and nuance.

For example, the first Temtem characters you will meet are Aina, your foster mother, and Professor Konstantinos, the researcher with a lab in your hometown. They’re very much akin to the typical authority figures you’d find in any Pokemon game. Neither have much initial establishment. You begin in Aina’s home, referring to her by her name. She’s supportive and interactions are cordial to start, but we don’t really get to know much about her beyond the fact that she raised you and will heal your Temtems if you pop by. 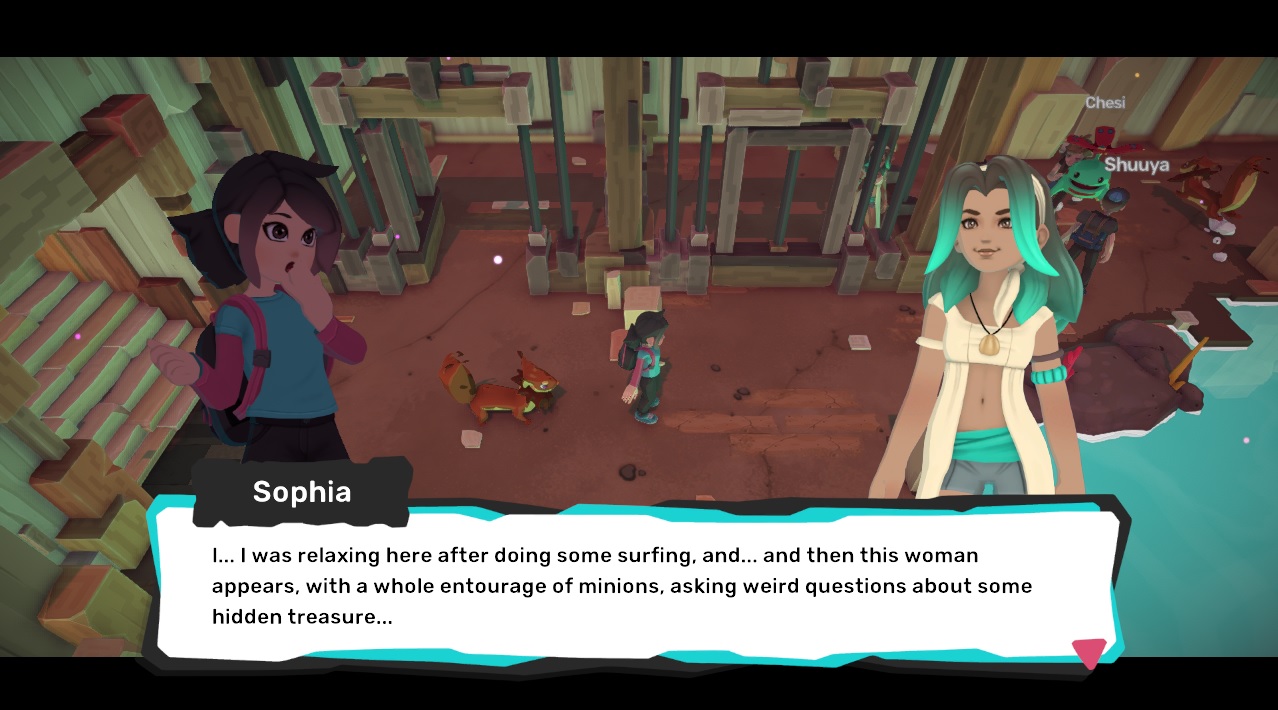 I do appreciate later the efforts to suggest both could get more elaboration as Temtem goes on. With Professor Konstantinos, we know he’s gone on to the city of Arissola. Presumably, when we arrive there, we could learn more about his endeavors or be further involved in his research. With Aina, optional dialogue can reveal she is your foster mother, perhaps hinting that more information about the relationship could appear as the game goes on.

Other Temtem characters get a little more insight through interactions. While we might not be as certain about Dojo Leader personalities, we can at least see more of their actions. Sophia is kind enough to give us a surfboard after rescuing her from Clan Belsoto and defeating her at the Arissola Dojo. We might not know who she is beyond “kind,” but that’s something. With Tihani, we get a little more elaboration. We find her when she’s visiting Turquesa to study water Temtem. We know she’s studious, and we also know that she was absent-minded enough to lose track of both the time and her wallet.

What’s interesting is that the further I got, the more certain Temtem characters tended to stand out. For example, Adia Turay, captain of the Narwhal airship, is very well defined. She’s a rigid pilot who is uncompromising and determined to stick to a schedule. She has a tendency to get very frustrated very fast with a number of people. But that isn’t to say she’s inconsiderate. After all, one side quest has the player helping a young man find an apprenticeship with her, and she takes him on once she realizes who he is and the potential he could have. 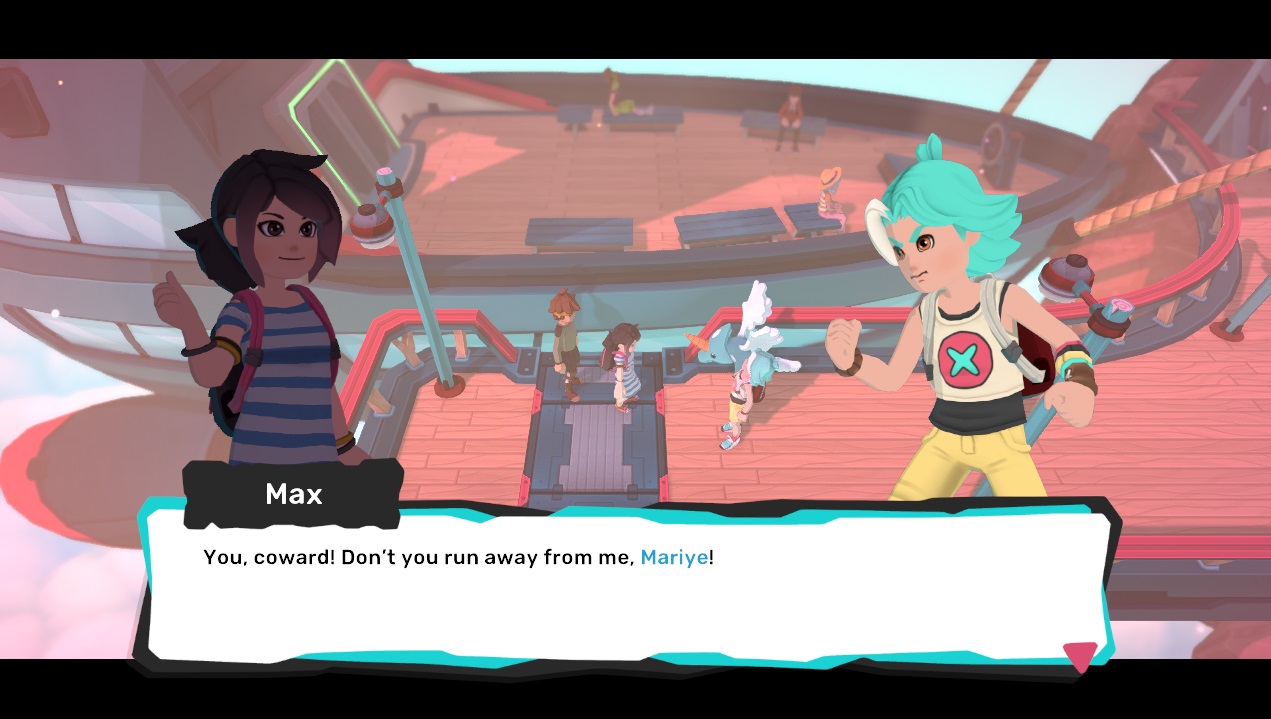 The one person who does get the most attention and personality is Max, the player’s Temtem rival. Though, it isn’t necessarily good attention. Max quickly is established as a jerk on a level that even Gary Oak couldn’t reach. Some of Max’s sins include sniping at the player, bragging about having a rare, digital Temtem that can easily thrash your own, hunting you down when you’re attempting to board an airship, and delighting in tearing you down. Max is incredibly mean in a way that I’ve found off-putting, considering the way Pokemon has handled rivals recently.

I suppose I would like to see more of the Temtem characters’ personalities developed going forward. Adia and Max aside, I had trouble even remembering some of the names of people I had encountered, even if I spent time learning from or rescuing them. Perhaps it’s a consequence of its early access nature. Maybe part of it has to do with so much of the game spent level-grinding or exploring areas, rather than interacting with virtual people. We’ll have to see as its development progresses.

Temtem is available for PCs via early access. People will also be able to play it on the Nintendo Switch, PlayStation 4, and Xbox One when the game is complete. You can catch up with Siliconera’s first Temtem diary to go over our thoughts on building a strong starting team.