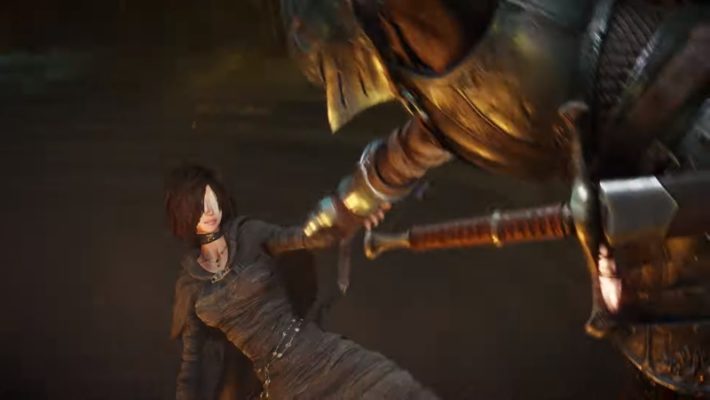 The mystery is solved! One of the new bits of content snuck into the PlayStation 5 Demon’s Souls remake—a locked door, shut tight by forces unknown and seemingly impossible to open—is now open. The game has barely been out more than a week, but the actions of many players sharing information eventually led to Twitch Streamer Distortion2 to sneak a look through the formerly-forbidden portal [Thanks, Game Informer!].

Caution: The details below details may be considered Demon’s Souls spoilers.

We solved the mystery of the hidden door! Thanks for making such a great secret to get all the community involved @bluepointgames Was awesome looking for the coins in SOTC Remake and again in Demon's Souls Remake :D pic.twitter.com/gNpozqEztJ

The door, hidden behind an illusory wall in World 1-3 (Boletaria Palace’s Tower Knight Archstone), was added to the Demon’s Souls remake by developer Bluepoint Games. It was shut tight, impervious to attacks. Intrepid fans managed to sneak a peek behind the door using the game’s camera mode to determine that the small area hid a corpse and a glowing orb that represented treasure.

After some time and the force of what felt like the entire Demon’s Souls remake community banging away at the mystery, it was determined that the key to opening the door lay in two other bits of new content added to this version of the game: Collectible coins and Fractured Mode. Similar to what it had done for the PS4 remake of Shadow of the Colossus, Bluepoint added collectible coins scattered about the world of Demon’s Souls. Gold coins can be acquired from the Official enemies and consumed for a temporary boost to Luck. However, a second coin type, Ceramic Coins, were also added to Fractured Mode.

Fractured Mode flips the layout of the levels for additional challenge. When a level’s “World Tendency” is at pure White or Black, the Ceramic Coins could be found in the same places throughout the world in Fractured Mode. Though they could be consumed for a small health boost, the Ceramic Coins were best traded to Sparkly the Crow, a crow merchant who could swap items dropped near its nest for other items (like a powerful Fragrant Ring for a Brass Telescope). It took Distortion2 at least 30 Ceramic Coins (which took multiple playthroughs of New Game+ to collect), but ultimately Sparkly dropped a “Rusty Key” item that opened the door.

Behind the door was none other than a special armor set based on The Penetrator, the powerful knight-like boss of World 1-3.

The Demon’s Souls remake is immediately available on the PS5. Check out the launch trailer here.