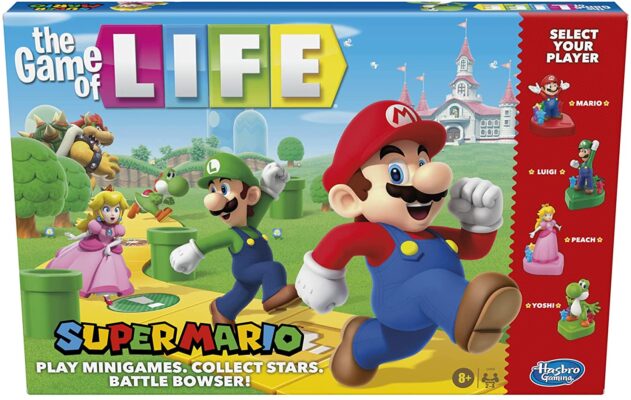 Another Mario variant of a classic board game is available. Hasbro released The Game of Life: Super Mario Edition. This is a $29.99 take on The Game of Life. However, while the original version involves making life choices and pursuing success until you reach retirement, this version is a bit different. Instead, players are trying to prepare for a fight against Bowser.

Here is how this version of the game works. When someone starts playing The Game of Life: Super Mario Edition, they pick Mario, Luigi, Peach, or Yoshi as their avatar. They then go around the Mushroom Kingdom on the board. As they do, they’ll get coins and chances to participate in minigames, complete actions, and buy Stars. Question blocks will involve chances to earn items. People can also end up collecting Companions. Bowser’s Castle waits at the end, and people who reach him will use everything they’ve accrued to fight him. 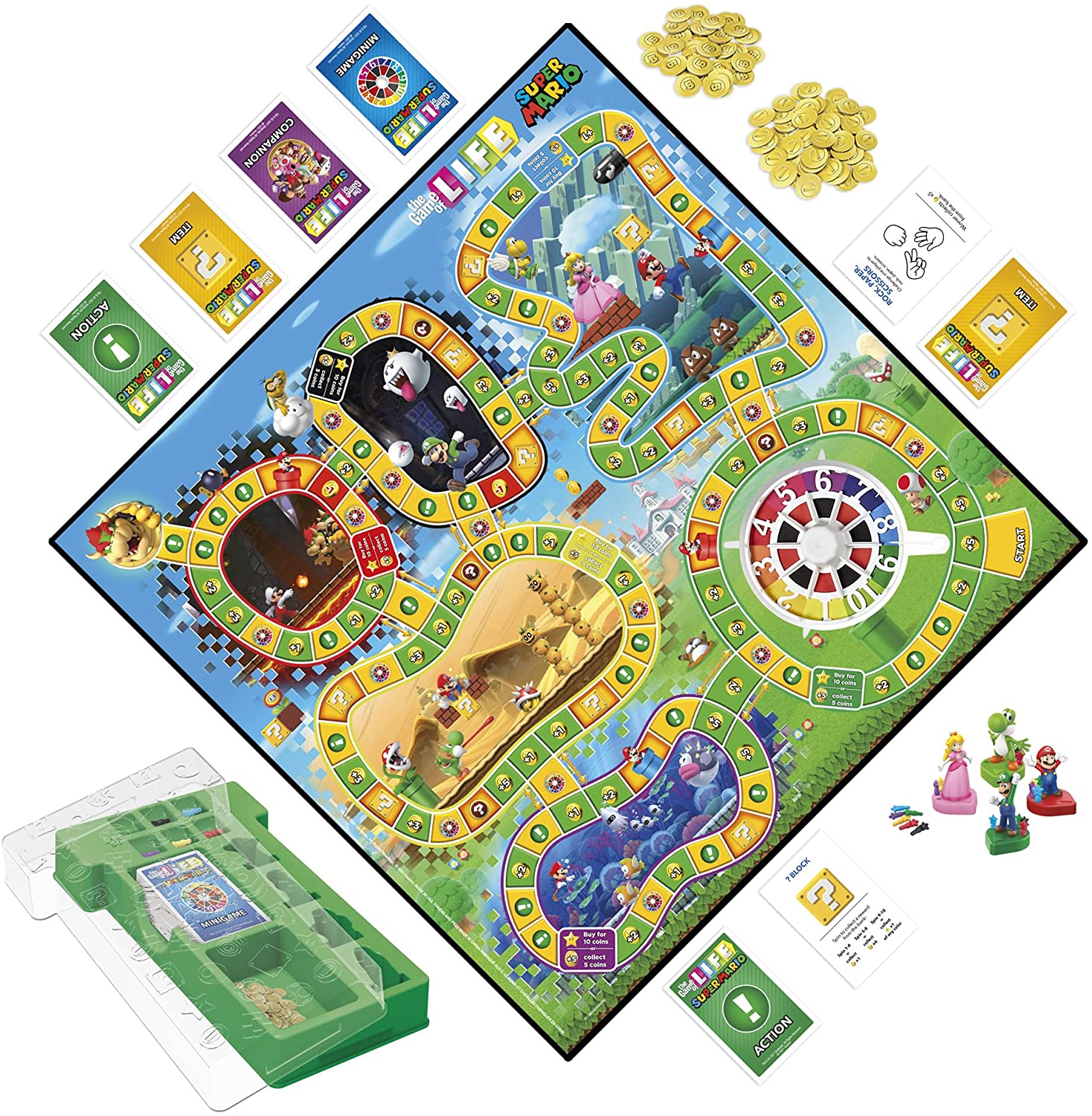 This isn’t the first time a Mario version of a board game changed up the rules. Hasbro’s Monopoly Gamer line did as well. The original Monopoly Gamer is about building up points and fighting boss battles as Mario, Peach, Yoshi, and Donkey Kong. Monopoly Gamer: Mario Kart added rules that involved “racing” around the board.

The Game of Life: Super Mario Edition is available. People can find it at stores like Amazon, GameStop, and Walmart.