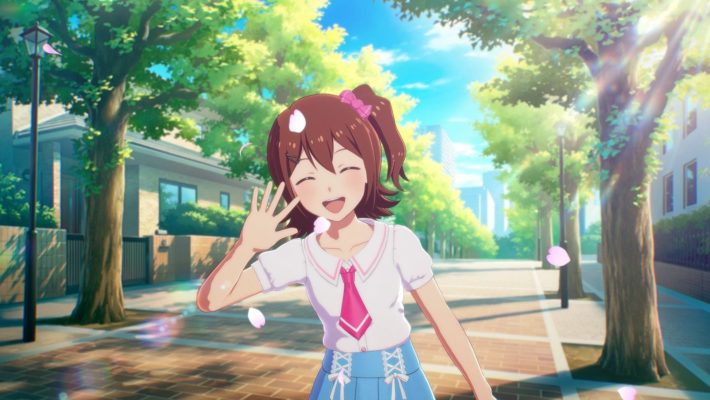 Bandai Namco will hold the second Starlit Report The Idolmaster: Starlit Season stream on January 17, 2020, at 7pm JST (2am PT/5am ET). As promised during the previous stream, the company will show actual in-game footage of live performance scenes for the first time. [Thanks, Famitsu!]

The Idolmaster series General Producer Yozo Sakagami and Starlit Season Producer Hayato Kutaragi will be present to host the stream and deliver new information about the upcoming console game. This new stream will have an entirely different cast of voice actresses appearing as guests: 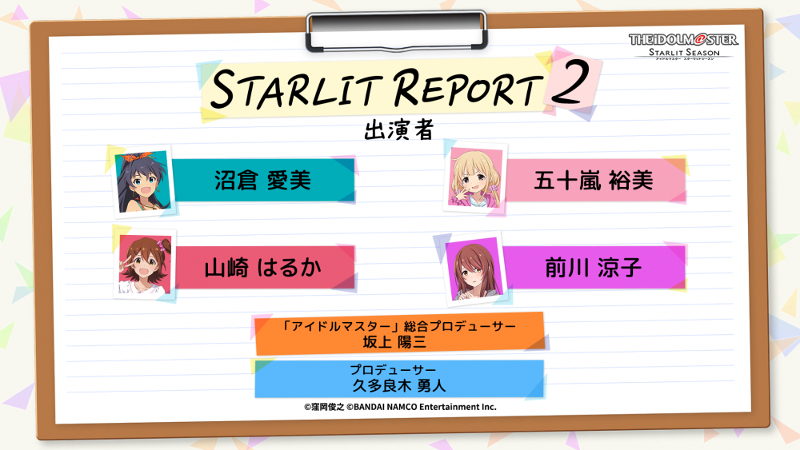 The first Starlit Report stream was held on October 6, 2020. Although the new console game was first revealed in January 2020 with a release window in 2020, its development was hampered by the coronavirus pandemic. Bandai Namco eventually delayed the game to 2021. The previous stream revealed the remaining idols that would complete the game’s roster, such as Kirari Moroboshi from Cinderella Girls, Tsumugi Shiraishi from Million Live, and Rinze Morino from Shiny Colors.

The Idolmaster: Starlit Season will be released for PlayStation 4 and PC via Steam in Japan and Asia in 2021.