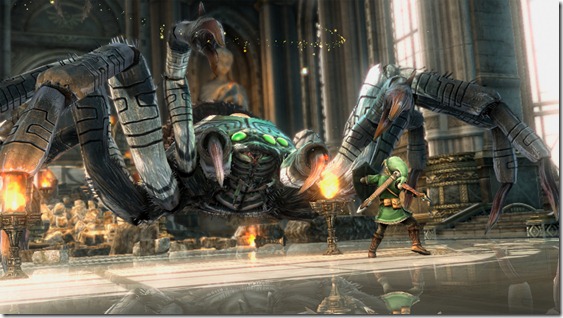 “I honestly think we cannot go back to button controls now, so I think that these controls will be used in future Zelda titles, too,” Aonuma told ONM in a recent interview.

In previous statements regarding a Zelda game on Wii U, Aonuma has suggested the idea of the Wii U’s tablet-like controller equipped with a touchscreen making it easier to select and use items. Naturally, this wouldn’t be possible if Aonuma wishes to stick with Skyward Sword’s controls in the future.

It makes one wonder whether a Zelda on Wii U will ultimately have to abandon the tablet controller and be built around the Wii Remote instead (which Wii U is compatible with) or if the team has something else in mind.